Maybe you read the recent news about the missionaries killed in Afghanistan. 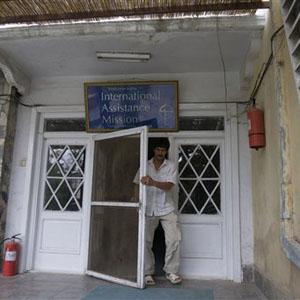 They were part of a medical mission — International Assistance Mission — a Christian medical mission focused on eye care.  They were on their way back from an eye clinic in rural Afghanistan when the Taliban robbed and murdered them.  A Taliban spokesman revealed to a news agency that the Taliban killed them because they were Christian missionaries.

It’s a statistic I have heard often and used on occasion, “More Christians died for their faith in the 20th century than in the 19 centuries leading up to it.” But in the words of one organization keeping us informed of the stories of persecuted Christians around the world, “As bad as the 20th century was, the 21st century is starting to make that look like a Sunday picnic.”  In every corner of the globe, Christians are being killed, imprisoned, even tortured for their faith.  Pastors are being marked for assassination.  Churches are being burned to the ground.  Homes and businesses are being destroyed.

Even in nations where Christianity is “allowed” strict anti-conversion laws have been passed and Christians deal with discrimination, ridicule and lawsuits.  One would have to ask the question, Is Christianity the most persecuted religion on the plant?

I can’t count how often I will  hear someone pray — including myself — “God thank you for the opportunity you give us to worship with freedom…”  It is good to be grateful, but the reality is that world-wide there is one body of Christ and if one part of the body hurts, the whole body hurts.  Today all over America, Christians took the time to enjoy the freedom given us to worship.  Perhaps this afternoon, we might click the countries below, read the story and use our freedom to pray for those in our family of faith who are hurting.