Much Ado About little k’s

You may have heard that President Obama is going to talk to students next week, which to no surprise started a controversy.   Apparently Education Secretary Arne Duncan sent a letter to principals urging schools to tune in.  That got the other side going, words like indoctrination are being thrown about with 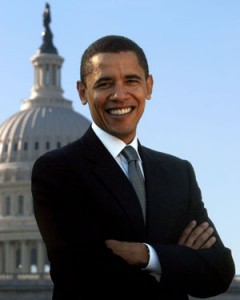 great grandeur.  Districts in states including Texas, Illinois, Minnesota, Missouri, Virginia and Wisconsin have decided not to show the speech to students. Others are still thinking it over or are letting parents have their kids opt out.

I’ll be honest.  I’m tired of watching Fox News and I quit watching CNN some time ago.  (Yes the order could give you some sense of my political heritage.)  It seems like it’s just so hard to find someone(s) who are able to discuss passionate issues with respectful humility.  I know they are out there, but they are not nearly as well heard as they should be.   Everyone is so passionately sure that they are right, and that being right matters so much, that the ends (name calling, anger, personal attacks, using smudged truth to uphold issues) justify the means.  And the reality is that this stuff comes from BOTH sides.  Neither party can hold onto righteous indignation long without looking ludicrous.

I think the thing that kills me the most is that followers of Jesus are caught up in the same stuff.

But I understand why this is happening — or at least I think I do.  What I could start with is the statement heard occasionally in Christian circles, namely, “Jesus was/is neither Republican nor Democrat.”  When this phrase is used it begins a discussion on where Jesus would agree or disagree with both party’s ideologies and ethics.  This isn’t a bad place to begin a discussion, but it’s not the heart of what is wrong.

I think the heart of the matter is that we’ve lost sight of the big K and all we can see are little k’s.  What do I mean?   See I believe that in this world there are many little kingdoms and there is one big KINGDOM.   I think one of the reasons why we can be enticed to pour so much of our energy into little k’s is because we find a greater measure of control in our little k’s.  I can get my arms around my little k, but in the big K, someone else is King.

If this talk of little k’s and big K’s seems confusing.  Here is my bottom line.  Politics & Government are little k’s.  The big K is the Kingdom of God.  If Jesus were alive today he wouldn’t be a republican or a democrat, but the reason he would choose neither has less to do with the lack of purity in party politics and more to do with the lack of power in a political party.

Jesus came to change the world.  He knew that changing the world could only happen through the Big K.  So that is where he invested his life.  Grace and gospel can change a life.  Your political party will not.

Now — don’t hear what I am not saying — I’m not saying that Christians should not be involved in politics anymore than I am saying that Christians should not be garbage collectors, or teachers or pastors.  God has a calling for each one of us, a way to serve people and live big K-lives, and that calling leads into all areas of life, and types of work.  And when a big K person gets involved in politics and brings grace and gospel with them, that grace and gospel will change the lives of people they work with, but politics will not change the world, politics is simply the arena in which they serve and bring grace and gospel.

So parents, if you are a follower of Jesus, let your kids listen to President Obama and then talk to them about how God calls us to pray for those in authority over us, and then tell them a story about the Kingdom of God — what happens in the little K is not nearly so important as what happens in the Big K.