Steve May tells a story that reminds me of some of the dynamics of leadership. A while back, he was putting gas in his car and a truck driver pulled over and approaced him. 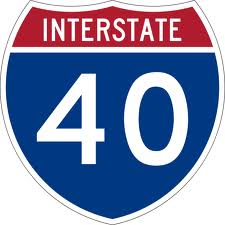 With a think accent, the truck driver said, “Excuse me. I don’t speak English. How to find Interstate 40?”

Steve turned to the man and said as loudly as he could (funny how we believe volume makes English more comprehensible, maybe that explains why when we are misunderstood we start to yell…), “Well, if you need to get to I-40 you’ll have to turn around and go up the other way. The best way is to cut across the road here, and then go west about a half a mile till you get to 45 bypass. Take that south for about 12 miles and then you’ll come to an overpass….” How much of that do you think the english-challenged driver could understand?

The truck driver looked at him helplessly. Steve realized his words weren’t getting through. Then an idea occurred to him. He stopped and spoke two words the truck driver understood: “Follow me.” Relieved, he hopped in his truck, waiting for Steve to pull out on the road. 15 minutes later, as they approached the interstate Steve waved him on. He beeped his horn in appreciation.

Jesus once said, (John 14) I am the way, the truth and the life, no one comes to the Father except through me. He didn’t say, I’ll show you the way.  He said, I am the way.  We don’t just look to him to tell us the way, we follow Him as He shows us the way!   To the Corinthians, Paul said…”I urge you to imitate me…Follow my example as I follow the example of Christ.” (1 Corinthians 4:16; 11:1) Can we, like Paul, say that we are following close enough in the footsteps of Jesus that we are comfortable saying to others, Follow me, because I’m following Jesus?

Perhaps that’s what it will take to get us all where we need to go.