It All Goes Back In The Box

I remember going to visit my grandmother when I was just a kid…we would travel all the way to California. it seemed like the longest trip… 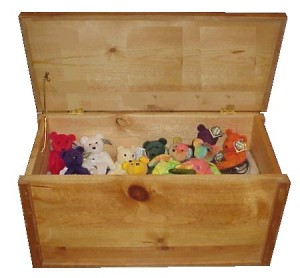 but it was always worth it, because I loved going to my grandma’s. She had the greatest toys — toys, comic books, games — she kept them in a box in her closet. While we were there, I could take those games out. I could take those comics books out. I could takes those toys out, and play with them — just like they were mine, like it was my stuff. But at the end of the week, when we would pack up to go home… try to sneak a comic book home and she morphed from little grandma to the all-seeng presence. I could never take any “stuff” with me.

It was there before I came and there when I left. While I was there I could play with it like it was all “My Stuff” but when I left, it all went back in the box.

I remember going on vacation with some friends of ours. We went to the North Woods in Minnesota. We had a great time, except for that afternoon when we pulled this Monopoly game out of it’s box. Brian was a good friend of mine, humble, gentle, just a good guy. But what we didn’t realize was that Monopoly changed him — ruthless, total commitment to acquisition.  He knew that ultimately the master of the board was the one with the most stuff.  He was ruthless in his passion to have it all in his hands and by the time we were done, he’d reduced us to financial and psychological bankruptcy.

But there is another way. Listen to what Jesus said about the box.

This vitally profound statement that Jesus makes has wrestled it’s way into my heart…For where your treasure is…  I’ve come to understand that this is as true as the truth that Jesus died for my sin and rose from the dead. It is foundational. Where my treasure is my heart will be also.

If we don’t want our hearts to end up in a box…we need to send our treasure on ahead.  How?  Be Generous.