I Think It Was Bigger Back Then

Jake, Josh and I spent the day together on my birthday this week.  They gave me full-birthday-choosing-rights.  Whatever I wanted to do, they wanted to do.  So after they bought me Starbucks we headed out for a Jeep Ride — top down.  We headed out 45 toward Pine Grove Mills, but as we came to Shingletown Gap — 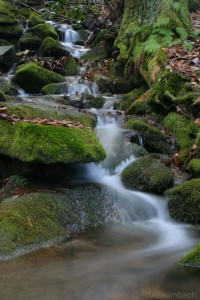 my mind played back to the old days and I pulled in…rather quickly, but it’s a jeep.

16 years ago when we first moved to State College, Shingletown Gap was one of our favorite family hikes.  We would walk back into the gap as far as the kids were able — following the stream that feeds the reservoir — and then carry them back.  But before we left they would always want to “throw rocks in the river.”  Or as they said it at that time, something more like — “thwow woks in the riber.”  And so we would stand there watching our kids throw rocks in the river.  They would run all over the place looking for the best rock and then come back to the bridge and throw.  Before the rocks even hit the water, the claps and laughter would follow.

So I’m driving back to the parking place telling Jake and Josh about those early family hikes — blank faces.  “I don’t really remember that.”  “No way,” I say.  “How could you forget?”  We hiked back along the stream and still — blank faces.  How could they forget something that was such a special moment to me?  We came back and stood at “the” rock throwing bridge.  I talked about “thwowing woks in the riber.”  The memory started to surface in Jake’s mind…  “Yeah, I think I remember this…but it seems so much smaller than I remember it.

Did you ever experience that?  Go back to a place you used to visit when you were younger and what seemed so large then seems much smaller now.  When I was in elementary school I went to Disneyland (California version) many times.  But then I didn’t visit again till I was married.  Fantasy Land was no longer big enough to get lost in and Tom Sawyer Island wasn’t worth a whole afternoon.  They didn’t shrink, I just got bigger.  In fact it even happens with people.  When I was a freshman in high school, Dave Reidel was monstrously huge, fearfully huge.  I happened to see him about 20 years after I graduated — wow he got so small.  I thought maybe he had shrinked — but instead I just got bigger.

I wonder if that’s why Jesus said that we can’t enter the Kingdom of God without entering it as a little child.  Because as we grow bigger — God shrinks in our eyes.  He doesn’t really shrink, in fact we will never be more than children compared to him, but we lose our sense of wonder.  I think to get a true picture of God, we need to embrace our smallness — quit trying to look, think, act bigger than we are.  He is huge (holy).  He comes down to our level to love us but never lose sight of the fact that you will never find an end to Him.  He is God-Awe-Full amazing.  Come like a child and you will find yourself remembering.