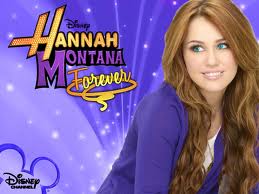 I can’t believe I’m posting about Miley, but here goes!

Chaim Potok; a Jewish man, intensely religious, has written a number of novels which explore and develop the life of faith.  I read “The Chosen” my freshman year in college.  Good book!  In a lecture at John Hopkins University, he once told a story of his journey as a writer. He knew from an early age that he wanted to be a writer, but when he went to college his mother took him aside and said, “Chaim, I know you want to be a writer, but I have a better idea. Why don’t you be a brain surgeon. You’ll keep a lot of people from dying; you’ll make a lot of money.” Chaim replied, “No, Mama, I want to be a writer.”

When he returned home for vacation, once again his mother cornered him with her encouragement. “Chaim, I know you want to be a writer, but listen to your mama. Be a brain surgeon.  You’ll keep a lot people from dying and you’ll make a lot of money.” Chaim replied, “No mama, I want to be a writer.”

Chaim Potok sensed a calling to write. It wasn’t enough to make money, he wanted to show people how to live. We talk about calling a lot at Calvary.  We believe that God is in the process of shaping us for life.  He is shaping us to be like Jesus and to do good in the world, to make a difference.  I thought of that story and the idea of calling this week as I heard about Miley Cyrus’ VMA performance.

I didn’t watch the VMA’s show.  I don’t watch music videos so I’m not all that passionate about who wins the awards. While I could probably sing, “Achy Breaky Heart,” by heart, I probably couldn’t pick Lady Gaga out of lineup.  And even though I know a few young men who might have had a long-distance crush on Hannah Montana…I haven’t really followed the career of Miley Cyrus. So it was interesting to wake to the blogosphere full of Miley’s twerking. (And I know this will firmly box me in as a culturally unaware prude but I had to google twerking.  Kind of wish I hadn’t.) I didn’t read the blogs but judging from the titles her performance was racist, sexual, anti-feminine, shocking, tongue-wagging and bad.  So why am I posting about Miley?

I’m posting about Miley because she’s 20 and her father Billy Ray is 52.  She’s my kids age and her father is a year older than me. All I can do is think about my own kids. As I’ve prayed for my kids and asked God to shape them for life, I’ve dreamed about their future. I long for them to follow Christ, and live life and do good.  I pray that God will so work in them and through them that they will show people how to live.

I pray for that to happen for Miley as well.  In fact God has burdened my heart for that to happen in the lives of the 40,000 young men and women who come to Penn State.  So many of them, perhaps like Miley, are just trying to keep from dying.  They are buying into a culture that says your identity is wrapped up in how you look, and your sexuality, and your success…and in the end I think the best we can do with that identity is struggle to keep from dying.

When asked about his daughter’s performance, one message Billy Ray gave was this, “She’s still my little girl and I’m still her dad regardless how this circus we call show business plays out,” he continued. “I love her unconditionally and that will never change.” Those words are spoken like a true father.  This week at Calvary we are praywalking the Penn State Campus.  I’ll be praying that students hear the voice of Father God drawing them to the life they can find in his Son Jesus Christ.