Liz Curtis Higgs was one of the best-known disc jockeys in America, and she lived quite a wild life.  In fact one day Howard Stern said to Liz, “You know, 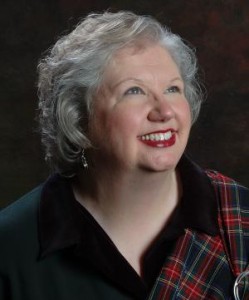 you need to clean up your act…or something bad’s gonna happen.”  Seriously something is wrong when Howard Stearn is functioning as your conscience.   Liz was going hard to the well of success and wild parties…to quench her soul-thirst.

That kind of life brought it’s share of hurts.  Liz had been burned by so many guys…her heart had been broken and hurt by so many men, she became a militant feminist.  But a girlfriend kept inviting her to church.  So one day
after a long, long time, she said, “Okay, I will go to church one time and ONE TIME ONLY.”  So she went to church one time with her friend.  And that week, the pastor just happened to be teaching on the Bible verse that says “Wives submit yourselves to your husbands.”  Not exactly a great verse to start with a militant feminist, okay?  She got a little uptight and a little ticked, but she
continued to listen and she actually heard the second part of the verse, which most people never talk about, “…and husbands – you sacrifice yourself; you give yourself for your wives just as Jesus Christ sacrificed Himself for the church and died for her.”

Well, when Liz heard that part, she leaned over to her friend and said with a little cynicism, and said, “Shoot, I’d gladly give myself to any man if I knew he would die for me.”  Her friend leaned over and said, “Liz, there is man who loved you enough to die for you.  His name is Jesus Christ.  That’s how much He loves you.”

Hearing those words, was like waking up from a bad dream.  Liz began to see her life for what it was, an unfulfilled search to satisfy her thirst — for God.  Not long after that Liz surrendered her life to God’s love and started living the life of her dreams.

The Apostle Paul once said, “It’s the kindness of God that lead us to repentance.”  That’s grace.  It flows when we surrender.  It leads us to surrender.  Grace is not merely a second chance — unlimited do-overs.  It is not less than a second chance, but it is far more than forgiveness.  Grace changes us.