FLOOD THE VALLEY.  It started with a desire to gather for worship and prayer.  The verse that has shaped what we do is Isaiah 44:3, I will pour water on those who are thirsty and floods upon the dry ground.  I will pour out my Spirit on your children, and my blessings on your descendants.”

On the second Sunday of every month we gather to call out to God to flood our valley with His Spirit and His blessings.  Last Sunday was our eight month…and we focused on our youth.  If you missed it, what a great night.  They helped lead us in worship and shared what God has been doing in their lives.  So cool!  We prayed that God would pour out His Spirit on our children. I’m not lying when I tell you that Flood is one of the highlights of my month.

This week I ran across a story connected to that same verse and that same prayer.  God would you flood our valley.

The year was 1950. The famous revival on the windswept Isle of Lewis in the Scottish Outer Hebrides was already underway. It was a revival that began when two elderly sisters fervently prayed. Peggy Smith was 84 and completely blind. Christine, her younger sister by two years, could hardly walk and was bent over double from arthritis. God had given them a simple promise from Scripture, that same scripture.  “I will pour water on him that is thirsty, and floods upon the dry ground…” With a deep burden in their hearts they began praying. Twice a week for many months, they went down on feeble knees at 10:00 at night and did not rise until 3 or 4:00 in the morning. In the midst of their prayers, God gave them a vision of a man they had never met, a man who would be used by God to change the island.

The man’s name was Duncan Campbell – and he would be the first to admit the dramatic spiritual change that happened was not because of him. In his later accounts of this awakening, Campbell would write, 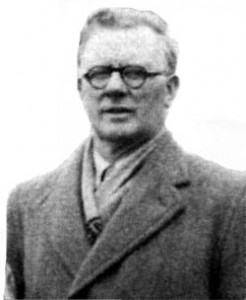 “In speaking about the revival in the Hebrides, I would like to make it perfectly clear what I understand to be real revival. When I speak of revival, I am not thinking of high-pressure evangelism. I am not thinking of crusades or of special efforts convened and organized by people. That is not in my mind at all. Revival is far beyond evangelism at its highest level. It is a moving of God whereby the whole community suddenly becomes God-conscious before anyone says a word about God.”

When God showed up, people on the island were inexplicably drawn to Christ. Without publicity, telephones, facebook or twitter, they were awakened in the middle of the night and drawn to gather in a farmer’s field or at a local church. Sometimes before they could get to a gathering spot, they simply fell by the side of the road confessing their sins to God.  Starting with the small town of Barvas, the entire Isle of Lewis was being transformed. Whole towns were being converted to Christ, with the exception of the stubborn little parish of Arnol.

Arnol was defiant in its resistance to the gospel. No one wanted to hear what Duncan Campbell had to say. In fact, the town held opposition meetings to denounce the revival. Campbell and his fellow leaders knew that the only answer was prayer. They gathered one evening in a farmhouse and began to pray, crying out to God to keep the promises He had made to them.  At midnight, Campbell asked John, the local blacksmith, to pray.  John the blacksmith prayed for two hours. Near the end of his prayer, with his cap in his hand, John looked heavenward and said,

“God, do you know that your honor is at stake? You promised to pour water on the thirsty and floods on the dry ground. . . . I stand before You as an empty vessel and I am thirsty – thirsting for Thee and for a manifestation of Thy power. I’m thirsty to see the devil defeated in this parish. I’m thirsty to see this community gripped as You gripped Barvas. I’m longing for revival and, God, You are not doing it! I’m thirsty and You promised to pour water on me. God, Your honor is at stake, and I take it upon myself to challenge You now to fulfill Your covenant engagement.”

At that moment, the house shook violently. A jug on the sideboard crashed to the ground and broke. Those who were present said that wave after wave of power swept over the room. At the same time, the town of Arnol was awakened from its slumber. Lights went on. People came into the streets and started praying. Others knelt where they were and asked God to forgive them. Men carried chairs and women held stools, asking if there was room for them in the church. At 2:00 in the morning, revival came to this last resistant town on the island. 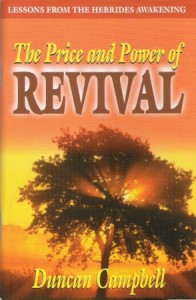 Later Campbell would describe that season as a time when the communities were saturated with God.  Squeeze life and God comes out.  When we ask the question, “Why doesn’t God show up like that today?”  We probably need to take a step back and ask, “Where are the people who will pray like those two elderly sisters?  Where are people who won’t get bored with two hour prayers and all night prayer meetings?  Where are the people who will get out of bed at 2am if God calls them?

Join me in praying… God would you Flood the Valley with your Spirit…and would you start with me.