One of my favorite Christmas verses is found in a much loved psalm.  In Psalm 23:1, David writes, “The Lord is my shepherd; I will lack nothing.” If we want to go back to the true Christmas story, I think two words we should hold in our hearts are…No Lack. 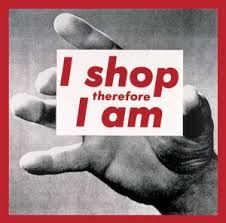 Now there’s a Xmas banner that will strike fear in the heart of the retail sector. It does a 180 against the groove of a consumer oriented culture. And we are a culture of consumers. We live in a country that has built, 16 1/2 sq ft of mall space for every man, woman and child in the country today. Last year the Minneapolis Mall of America had more visitors than the Grand Ole Opry, the Grand Canyon, and Disneyland combined. This year we are expected to spend around $600 Billion on Christmas (yes that’s a b, not an m). Which is understandable since the average american child will see over 40,000 TV ads a year…every one designed to shape a heart that says, “I want…” Studies have shown that babies as young as six months are already forming mental images of corporate brands and logos.  By age three, 20% of kids request brand name products.

This year we are expected to spend around 600 billion dollars on Christmas. 77% of America self-classify as Christian. 25-30% self-classify as born-again Christians. I’m not guessing we spend too much less than anyone else…we are after all part of the average.  So our share of Christmas is $150 Billion to $462 Billion.  What a difference in the world we could make if we just saw Christmas through different eyes.

If the Lord is my Shepherd…I will lack nothing. If I have Jesus, I have everything I need. Psalm 23 is the trump card to every ad ever created.

And I know the struggle, as a parent I’ve struggled with this feeling inside that I don’t want my kids to be disappointed…by a smaller Christmas…. as tho less stuff could shrink the true Christmas.  You know what’s difficult with this is that one of the most Godly parts of Christmas is gifts, giving, grace. When we give gifts, not so much exchange gifts, but give gifts undeserved, with meaning and thought and grace, we are so close to the true story of Christmas.

Every year at Calvary we encourage everyone to give ONE% of their annual income to serve kids in need around the world.  It’s what we are talking about when we say, “Join the One.”  It’s not $150 Billion, but it’s a start and it makes a difference.  It really does. In fact it is by far my favorite part of Christmas.