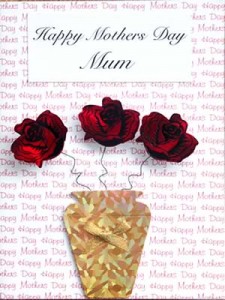 A few years ago I was in Myanmar I was speaking at a conference for pastors and missionaries in Myanmar, all national missionaries. On Saturday evening, the last evening of the conference we had a commissioning service. I spoke on how Stephen was stoned and his sacrifice opened the windows of heaven for God’s power and grace to pour out how because of him, the terrorist Saul became the missionary Paul. I asked for those who were willing to give their lives for Christ to come forward.

And you realize that these are people who have seen missionaries, pastors, friends lose their homes and even sometimes die for Christ. There was a group of pastors from the northern part of the country who ended up not coming because the week before a missionary in their region had been beaten and killed by Buddhist Monks. There was a man who was the chief in his village, who was going back to be a missionary to his village, but once the people found out he was a Christian, he would lose not only his title but his home, possibly his family. There were two young men in their late teens, early 20’s who had become Christians in the last few months who had been kicked out of their home by their parents… they wanted to go to Bible School and then go back to tell their village about Jesus.

I had asked everyone to go out into the yard and get their own rock and then talked about how Stephen used the stones that were thrown at him to build an altar of worship. I asked those who were willing to give their lives for Christ to come forward and build an altar to God and the people literally ran forward. They knelt by the altar of stones and began to pray…you know what they were praying… God give me the power to be your witness. Take my life if you desire. I give my life to you. You are worth everything to me.

Is Jesus worth everything to me? Is Jesus at the very center of my heart? Is he more important to me than my kids? With all my heart I believe that the best gift any mother can give to her kids… is a heart that places Jesus first. I am so grateful for the places where I have seen my mother and my wife do that.