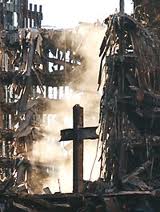 The crisis came and people streamed back into church buildgings through the country.  They were looking for answers, looking for hope, looking for God.  Except for a few rare situations, within a matter of weeks, attendance had gone right back to where it had been before…

Apparently many people did not find what or who they were looking for.

This is so wrong…Jesus gave his life so that His church would turn heads, would turn the world upside down, would be the center of attention, drawing the eyes of all those around to see faith and hope and love in a world filled with cynicism, despair, and apathy. That’s what was taking place in the church described in Acts 2:41-47.

Later in Acts 5, the leaders of this little unstoppable force were brought before the Jewish religious/political leaders on charges of Jesus-passion.  “Look at what you have done,” they said, “you have filled Jerusalem with your faith. Then in Thessalonica, they were called “the ones who turned the world upside down.”

What made the difference? After Jesus rose from the dead…he commissioned his followers to be world-changers. In essence he had given them all the information, all the teaching they needed to begin.  But he said, “There’s one more thing you need.  Wait for the Promise. Wait until you are totally immersed in the Holy Spirit and when the Holy Spirit has come upon you, you will receive power.”

And I’ll tell you as the church gets full of the Holy Spirit, she becomes so transformed that she becomes the centre of attention in a world hungry for faith, hope, love and God.  Think about that for a minute with me.

But now bring it home.  What is your center of attention?  Who turns your head?  What organization has drawn your heart and your time because you believe that group has the greatest potential to turn the world upside down?

I believe with all my heart that the bride of Christ, the church of Jesus’ dreams is the hope for our future.
The church alive in the book of Acts is not a one-time novelty.  It is still God’s plan to transform cities and turn the world upside down.  No other organization in the world has the same potential as the church, to give birth to life-giving comments, to eradicate poverty by radically serving the poor, to be a healing bridge across racial divides, to stabilize the economy by permeating the culture with integrity, and a godly perspective on consumerism, to bring life by introducing people to Jesus.