What’s In a Church?

At Calvary our desire is to build a church without walls. 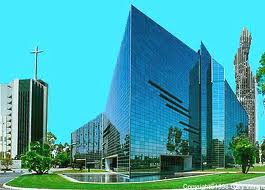 If your first question is, “How can you do that in Pennsylvania, maybe San Diego, but Pennsylvania?” then welcome to the I’m-not-really-sure-what-church-is club.  We’ve really messed up that word — church.  We’ve made it an address, equated it with a facility and in some cases made it even more important than the people.  AND THEN, we thought we could build our reputation in the community upon the foundation of our facility.

But the problem is that everyone who doesn’t go to church understands — sometimes better than some of us who go to church — that a church isn’t an address.  It’s the people.  Good people = good reputation.  It’s almost like Jesus was prophetic when he said, “They will know that you are my disciples by your love…”  Which simply means that when we are known for our buildings… or our lack of love…we aren’t known as his disciples.

So what’s in a church?  It depends, are you talking about the address or the people?

But there’s good news.  It’s a new day.  According to an article in the LA Times, on any given Sunday, you will now find lines forming about 9 a.m. outside the Crystal Cathedral.  The lines are not forming for the 9:30 or the 11:00 “Hour of Power.”  During those two hours, the crowds are so sparse, that the tv crews have great difficulty finding enough people sitting together to create a faux crowd shot.

So what’s in the church (building)?  The line that starts at 9:00am the 1:00pm Spanish service.  The Cathedral is packed for that service.  In fact, the spanish service has grown from 300 to 3,000 people in 2 years.  The pastor would like to add another service to continue the growth.  In fact, the goal is to reach 10,000 people by January of next year.  (Yes, you read that right).

The Pastor of the Spanish service is Dante Gebel, from Argentina.  He is not on staff at the CC.  They just use the space.  The Crystal Cathedral is not the church.  It’s a tool.  The people are the church.   In fact the tool doesn’t even belong to the church (people) it belongs to Jesus.

Nothing wrong with tools.  God uses tools and sometimes being a good steward of God’s stuff means getting some new tools.  But think for just a moment how messed up we get when we forget some basic church principles.

1) The church is not an address.  It’s the people.

2) The church is not a store where we can buy spiritual stuff.  It’s a people who serve God, others and the world.

3) The tools don’t belong to us, they belong to Jesus.  We are his church.  Who has permission to use his tools however he wants.

4) Good tools in the hands of people who don’t care about the mission of God are a waste of good resources.

What’s in a church?  If it isn’t the Spirit of God working through his people to build up the body/bride of Christ for the glory of God… nothing.