Patrick Morley tells the story of three men and a boy who were going fishing in Alaska. 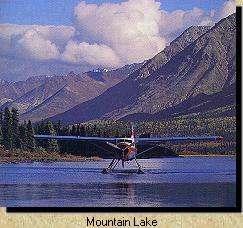 They were flying into a section of wilderness that could only be reached by a sea plane.  But when they landed something went wrong with one of the floats.  Before long, the plane was sinking and all four of them had to jump from the plane into the sea.  Two men, a father and his son, began to swim for shore.  The water was so cold, but even worse was the powerful rip-tide pulling everything out to sea.   The three men were strong enuf to swim against the tide, but before long they realized the boy couldn’t make it.   The father of course swam back to help his son.  He thought he could pull him along and make it to shore.  But it soon became obvious to the father that nothing he could do was going to save his son.  His son was going to die.  The other 2 men watched in wonder as the father turned to them and waved them into shore, and then turned back around and wrapped his arms around his son as the rip-tide carried them both out to sea.

When I read this story, three thoughts come to mind, a statement and two questions.  First the statement:  I am fairly certain that I would do the same.  It isn’t so much because I know how courageous I am, as it is that I know how much I love my children.  I could not let one of them die alone.  Which leads me to the first question: How much does God love us, if He was willing to let his son die alone?  Or a similar question from the other side:  How much does Jesus love us, if he was willing to wrap his arms around us and not let go, even though it led him to death?