I had a great conversation with a friend this week — about words.  Words matter. 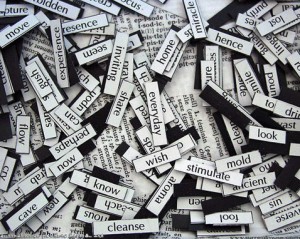 I’ve been thinking about this a lot the last few days. Last night while I was google-chatting with one of our partners in Myanmar, I was thinking that words matter. Especially when you don’t understand the language.

Sometimes we are tempted to think that words are just words. Right?  We live in a world filled with words — word overload.  We can google a word and in .08 seconds find 4.5 million times where it was used on the internet. Billions of text messages flow through cyber space every day… filled with significant, meaningful words like watcha doing. Just words.

Is there really such a thing as just words? There are times when you’ve been so impacted by words, that in your heart of hearts you know what Solomon meant when he wrote, The tongue the brings healing is a tree of life, but a lie crushes the spirit. (Proverbs 15:4)

Words can hurt. I still remember the first time, some kids said that I was fat.  Almost four decades ago, those words were said, but they still carry weight.  Maybe there was a word that was said — or left unsaid in your life that hurt.

Words can also bring life. When Jake was about three years old, he spoke some life-giving words.  It was one of those naughty-as-can-be-days, Lynn and I were dating that night, but because of her rough day with Jake, she was late getting ready.  We were going somewhere nice — not outrageously fancy, but nice — so she was dressed up a bit.  As she was coming done the stairs, Jake was standing at the bottom of the steps, he looked up, his mouth dropped and he said, “Mom, you look just like a princess.”

Those words reshaped a whole day. And those are just little boy-words…Think about the potential power of God-Words…to give life.

In Psalm 33:6, the psalmist writes, “By the word of the Lord the heavens were made, and all their host by the breath of his mouth.”  In Genesis there is no world until God starts talking. His words create a whole new world.  Do you think he might be able to create something new in your heart, new in your life with just a word?

Jesus knew the power of words to give life…that was one thing that made him attractive to so many people — the power of his words. One time Jesus and his friends were going through a tough time and many people were leaving Jesus.  So Jesus asked his friends, (John 6:68) “Do you also want to leave?” “Peter replied, “Master, to whom would we go?  You have the words of real life.