Who Are Our Heroes?

I can’t help but think of that question this week as the media crescendos around the death of Michael Jackson.  A recent article headline in USA Today asked the question, “Is mourning Jackson like idolizing 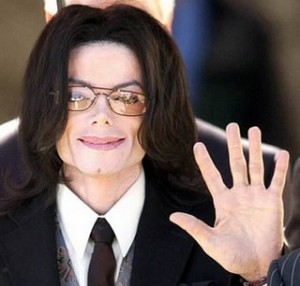 the golden calf?”  Another article suggested that 10’s of thousands of people would come to a memorial service, potentially the largest celebrity funeral ever. I don’t have anything against Michael Jackson.  I was never a huge fan, never figured out the moon walk, and always felt bad for a man who seemed to be on this strange journey of running from something and always striving to re-create himself.

But here are my questions:  What was it in Michael — or what is it in us — that draws forth that kind of worship?  What model of success causes us to say, “they made it, or even I wish I could be like that.”  It’s not just Michael, I could wrap that question around the way many other people grap our hearts in such a way that we want to be like them.

I was talking to a young pastor last week — struggling in his job, struggling to make it financially.  I know that he is a quality guy who loves God and has touched the hearts of a number of people and yet I listened to him talk of a peer who is a salesmen making a six figure income.  He spoke of him with with the “he-has-arrived-and-is-a-success” language.  Almost wishing he could be more like him.

I don’t know.  But it seems like a task critical to life is the determination of what matters most and the seeking out of people who embody that value, or at least are on the journey that is being shaped by that value.  For example, do we get inspired by the stories of the poor boy who got rich, or of the rich man who became poor?  Do we value money for the difference it can make for others in the world or the security it can give me in my world?  Do I value being well known or being worth knowing?  Do I seek God’s calling on my life or do I live for the weekend?

Last week — in our sermon series on James, God took a crack at deconstructing my world-view of who matters most in the world.  James laid out this question, “Has not God chosen those who are poor in the eyes of the world to be rich in faith and heirs of the Kingdom which he promised to those who love him.”