What God Can Do 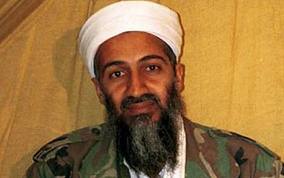 As we pray for the people of Paris, as we discuss the nature of the terrorists who committed these crimes; as I think about the Christian students of Garissa University in Kenya who were killed for their faith; as I do my google search to discover the background of Abu Bakr al-Baghdadi, the appointed Caliph of ISIS; as I remember a terrorist the U.S. loved to hate, Osama Bin Ladin, I’ve been pondering the question, “What happens when a terrorist meets God?”

What we do know is that in time he was radicalized. He became a zealous follower of his religious heritage, and he began to view the followers of Jesus as dire enemies to that same heritage. He gained the support of religious and national leaders; he began to gather people whom he could influence; and he began to terrorize those who did not have the proper fear of his God.

At noon, along the road, I saw a light from heaven, brighter than the sun, shining around me and those who traveled with me. Everyone fell to the ground and I heard a voice speaking to me in Hebrew, “Saul, Saul, why are you persecuting me?” “Who are you?” I asked.  And the Lord replied, “I am Jesus, who you are persecuting. Now stand up!  For I have appeared to you to appoint you as my servant. Tell the world about this experience and about other times that I will appear to you. I am going to send you to open their eyes so they may turn from darkness to light, and from the power of Satan to the power of God. Then they will receive forgiveness for their sins and be given a place among God’s people…”

That should make us pray more for the world.