So today was Valentine’s day, considered by some to be a man-made holiday. 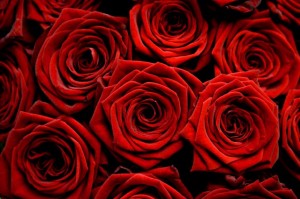 Obviously not true, think about it, what man would do such a thing? You may not realize this but Valentine was a real guy. One of the legends about the start of Valentine’s Day suggests that under the rule of Emperor Claudius II, Rome was involved in many bloody and unpopular campaigns. Claudius the Cruel, having a difficult time getting soldiers to join his military leagues, decided that the problem was marriage. Men did not want to leave their loves or families. So Claudius outlawed marriage and cancelled engagements.

Enter Valentine. Saint Valentine was a priest at Rome who believed so much in the community of marriage that he secretly married couples. Claudius found out; apprehended Valentine; and had him beaten and beheaded. He died on February 14, in the year 270. (Starting a long tradition of men dying on Valentine’s Day.)

Interesting isn’t it? St. Valentine died because he valued community. He valued marriages and families. He was willing to give more than roses, chocolates and hallmark cards to serve the cause of marriage and family. Today to celebrate Valentine’s Day Lynn and I spent the evening going through a class so that we could be a foster family. To be honest I thought it was simply wrong that they wouldn’t cancel the class for Valentine’s Day — but maybe I was wrong — maybe going to the class was a good way to honor the first man who died on Valentine’s Day.

Don’t worry, I still got flowers. Yeah guys it’s a make-believe holiday but if we gave our wives flowers on any other days of the year, we probably wouldn’t need it. If you didn’t get her flowers today. I bet two dozen tomorrow would still work, and might even be cheaper than a dozen today.