I have never unfriended anyone on facebook.   So I decided I needed to experiment, just to see what happened…see how it felt.  So I tonight I unfriended someone — okay, it was my son Josh, pretty safe. 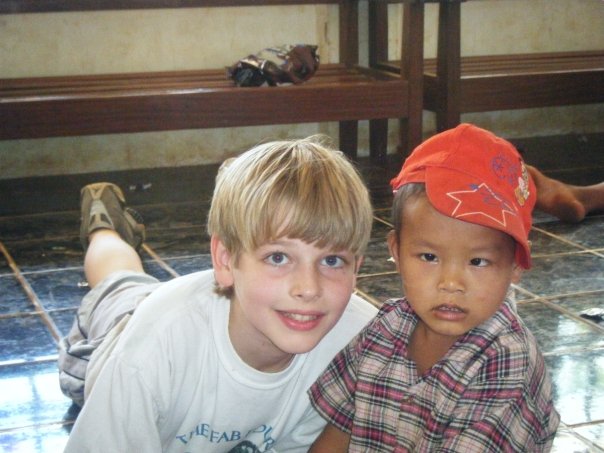 I went to my friends tab, found his name and there is a great big X next to it.   When I put the cursor on the X, it says, “Remove Connection.”

Anybody here remember how much you always wanted your parents to watch you when you were little?   At the local pool as a kid?  Watch this daddy, rate my dive daddy?  Daddy watch me… one more time!!!”  Anxious for a little parental approval, parental pride, or just attention of any kind.  Knowing Mom or Dad was watching made us feel special, safe, courageous.

Then came adolescence.  I could turn my girls into curled up balls of fear with five little words…I’m driving you to school… and yet even though they don’t want to be seen with you…they still want to be seen by you… don’t miss my game or my concert…please come, just don’t do something to embarrass me, like hug me, or sing. But please watch me.

Leonard Sweet has noted that some of the most tragic events in our postmodern culture have occurred because a lonely person convinced themselves that there was no longer anyone watching them, caring about them, keeping an eye on them. In a majority of the recent school shootings it has been a lonely kid, a kid who felt bullied, isolated, cast out, and rejected, who pulled these horrifying “watch-me” shoot-outs.

When someone unfriends you I guess they are saying, “I don’t want to watch you anymore.” So if you have ever been unfriended — on facebook or in life — here is the point of this post.

God is watching you.  God’s eyes are on you, and they aren’t just waiting for you to screw up.  God’s eyes are on you because he loves you so much, he just can’t take his eyes off you.  Attention is one of the most powerful forces in the world, that’s why we pay it.   It is a supreme way of saying, “I care about you.”

God is paying attention to you.  In a 100 different ways every day, He sees you.  Maybe you have a boss who always demeans you.  Maybe you keep getting passed over for the promotion.  Maybe it’s a divorce — the ultimate unfriending.  Maybe someone moved away.  Maybe a family member is upset with you.  I just want you to know that God sees you.  God pays attention to you, because He can and because he is good and He loves who he made you to be.

In fact Psalm 139 says that God pays such close attention to you, that you can’t even put a number to His thoughts about you.   Don’t worry.  He’s not a stalker.  He’s a father.  He loves you.