The Power of An Apology

This weekend we start a new teaching series at Calary UNchristian – confessions of a recovering church.  (Click the logo to find out more about the series.)  It’s going to be an opportunity for us to apologize to some people who have been hurt or offended by the church. 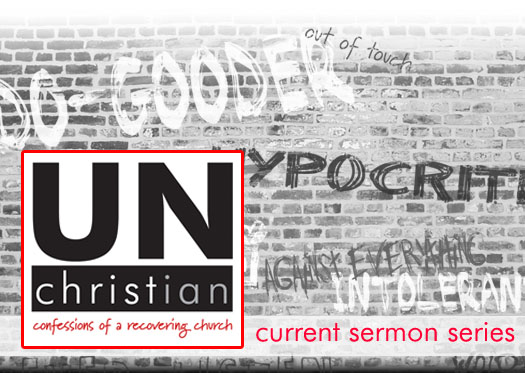 I don’t know if you have ever experienced the power of an apology.  I would guess you have.  I hope you have.  I remember one time about 18 years ago, I had only been a pastor for about 2 years and it had been an incredibly difficult week.  I had made multiple trips to a hospital that was 80 miles away to visit two different people who were struggling with serious physical trauma.  Meanwhile I had been putting in long days working through some local church issues.  In addition I still had a sermon to prepare.  It was one of those 70 hour weeks.  Sunday evening I was just relaxing, everything was done.  I had made it.

Then I got the phone call.  A man from the church began to attack me with words that detonated like grenades on my heart.  “You don’t care about people.  You are just doing this for a paycheck.  You’re not a true shepherd, you’re just a hired hand.  You’ve never really cared. If my wife died, you wouldn’t care.” And on and on he went.  I will be honest, the first thoughts that came to my mind were something like, “How dare you, you mean, ignorant old man.” That would’ve been the nice part.

But something happened.  God hijacked my mouth.  Instead of all the words going through my mind, what came out of my mouth were the simple words, “I am so sorry.” Instantly the anger went out of his voice and I heard the tears come out of his eyes.  I found out he wasn’t so much angry as he was afraid.  His wife had taken a turn for the worse.  I didn’t know about it, but he didn’t know that I didn’t know.  Today we are still good friends.  That’s the power of an apology.

Now let me explain the power of an apology.  It isn’t just a relational, emotional, forgiveness kind of thing.  The power of an apology is supernatural.  The biblical author James says in James 4, that God opposes the proud but gives grace to the humble and when we humble ourselves before God, He lifts us up and gives us grace.  A sincere apology requires humility.  Humility is the key that opens the door to grace.  When we say, “I’m sorry.” amazing grace flows strong.  That’s the power of an apology.

And I’m expecting an overflow of God’s grace.

Maybe between now and then you should practice.  Is there someone in your life to whom you need to apologize?