Randy Pausch died today. You may or may not know him. He was a Carnegie Mellon computer science prof who had one of the most watched lectures in the history of You Tube. CNN has a good intro article (CNN Randy Prausch). If you don’t know who Randy is, let me start by saying his famous lecture has been watched 3.8 million times on YouTube. The lecture was given as a part of special series that Carnegie Mellon does entitled “Last Lecture.” It is an end of the year invitation to one professor to share the wisdom they would share if they had only one lecture left to give. Kind of a what-would-you-say-if-you -were-dying-and-this-was-your-last-lecture assignment.

Only thing was…when Randy was invited to give the lecture, he had recently found out that he had in operable pancreatic cancer. It really was his last lecture. He entitled the lecture, “Achieving Your Childhood Dreams.” 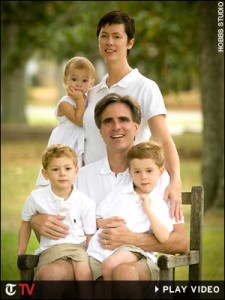 Initially he was hesitant to give the lecture…mostly because he and his wife were cherishing their remaining together and with their three children. In the end he decided to give the lecture, because it would be an opportunity to create something for his children to watch when they were older. He wanted his last lecture to be part of his legacy to his children. In the preface to his book — the lecture expanded to a small book which has sold ~3 million copies — He writes,

I knew what I was doing that day, under the ruse of giving an academic lecture, I was trying to put myself in a bottle that would one day wash up on the beach for my children.

I’ve read the book, watched the lecture and learning of his death tonight brought a whole series of thoughts to mind.

As I’m reading through the Bible on my sabbatical, this last week I read Psalm 90:12 “Teach us to number our days, O Lord, that we might gain a heart of wisdom.” It is not a bad thing to live with the end in mind. If you have some time, watch Randy’s last lecture…and start to think about your own.