We are in the midst of a teaching series at Calvary called “Press Pause for Life.” It’s all about keeping the Sabbath.  In the midst of the series we are continuing the conversation here at www.dannold.com with posts on the Sabbath. Today Laurie Kellermeyer is our guest blogger. Laurie works with our Midtown team! 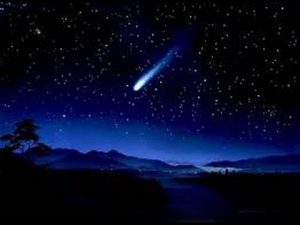 Anyone that knows me, knows that I live by a schedule and the driving force behind that schedule is my planner. Unlike most people my age, I still use a paper planner chosen specifically for the generous amount of space on the page each day is allotted. Space that is easily eaten up by the meetings, work shifts, and errands that mark the passing days. I love most of my work, but like anyone, there is always more work and I nearly always feel busy.

Last Spring, Calvary’s staff started talking about Sabbath. When I would think of the crumpled to-do lists littering my bedroom floor or of the endless parade of e-mails marching across my inbox the idea of Sabbath seemed antiquated, maybe a little laughable, and frankly unattainable. A Sabbath sounds nice, but honestly, who has time? I know that God is Lord of the universe and has hung the stars in the heavens, but sometimes, I think I am lord of my universe and some of my stars just might fall if I cease and take a Sabbath.

As I’ve learned more, God has shown me places in my heart where I believed lies and deeply distrusted him. He has also shown himself to be incredibly faithful and to be a God that provides. He provided for the Israelites when He took them out of slavery in Egypt and brought them into the desert. The desert isn’t known for being a source of food. There’s a reason why it’s the desert and not the land flowing with milk and honey. In the desert, the Israelites had to rely on God for sustenance.

Exodus 16 details the Israelites grumbling for food in the desert and God’s provision through daily manna. Each day the people were instructed to gather manna, but only enough for that day. If they gathered extra it would go bad. So, each morning, every morning the people had to trust that God would provide. They had to trust that manna would appear for that day and that there would be enough. There was no stockpiling for the days ahead because any manna kept was manna that spoiled. Did you catch that, preparation for the future done outside of God’s purpose and rooted in a belief that God might not provide for the next day, literally rotted.

One of the ways that God showed the Israelites that He was God was through his daily provision and his command to rest on the Sabbath. Since the beginning of fall, I have been taking a Sabbath on Fridays. I long for Fridays – my time spent with him at Cafe Lemont. It has opened up this incredibly sweet space. I have been learning so much about him. He has taught me that He is God, there is no “my universe,” and if He can hold the stars of the Heavens in place He can certainly hold mine. Or He’ll allow them to fall and that will be okay. After all, falling stars are one of the most beautiful things in his universe.