Last year as I was preparing for our Christmas series, I ran across this statistic… “American Christians give less than 1/2 of 1% of their annual income to serve the poor of the world.”  Wow combine that with 29,000 children under the age of five dying every day from preventable poverty conditions, and then stir in the scenario that Christians form about 33% of the world’s population, receive about 58% of the world’s 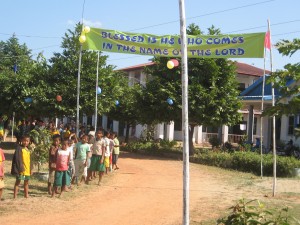 income and spend 98% of it on ourselves, then bake it with the fact that in Myanmar, 90% of the people live on less than $1 a day — and I was ripe for conviction.

So last year I sensed God saying, “Would you start by doubling it — give 1% of your annual income to serve the poor.” I brought that conviction to Calvary and together we gave well over $120,000!  The single largest offering we have ever taken.

And we are doing it this year again.  The dollars are already coming in.  In fact I receive a check for $1000 from a couple who don’t even go to Calvary, they heard about the 1% offering from our podcast!

I’m almost giddy thinking about what our family is going to give.  It’s one of the high points of my Christmas season.

We will be giving our offering tonight at our Table Gathering.  We are leaving tomorrow for Myanmar and 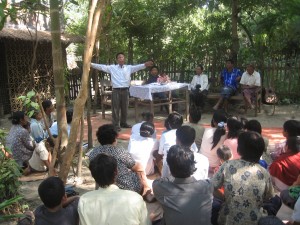 we will have the incredible privilege of spending Christmas day with some of the people whom you have touched.  So very cool.

So have a God-Awe-Full Christmas.  I know I will!