Oops — One Letter in the Wrong Place

I won’t make fun of the fact that they were Swedish…or blond. I guess it could happen to anybody. A Swedish couple vacationing in Italy wanted to experience the tropical charms of the island of Capri. So they programmed the GPS of their rental car to direct them. But they miss-typed and ended up going 400 miles out of the way to Carpi. Capri – Carpi, just one letter in the wrong place. 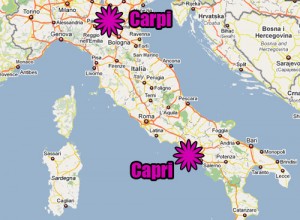 They didn’t realize their mistake until they stopped in the town square of Carpi and asked where to find the famous Blue Grotto – a scenic system of caves located on the famous island. Bewildered employees at the tourist office told the wayward couple that they were, in fact, in Carpi, located 400 miles on the opposite end of Italy. 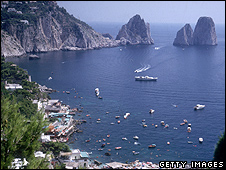 So here’s my question… how far off course do we get when we put the “I” in the wrong place? Put “I” in the center of the universe and your we end up on the wrong side of life. In some ways, the essence of being a Jesus follower is simply putting the “I” in the right place. I need to get my self out of the center so that I don’t end up in the circle alone.