After reading The Lion, The Witch and the Wardrobe, you might have thought that C.S. Lewis was a great fan of Christmas. After all, he described Narnia’s curse as “always winter, but never Christmas…” You may even remember that Father Christmas has an honored part in the story. 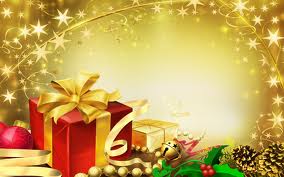 But, today I ran across an interesting quote of C.S. Lewis,’ from his collection of essays, “God in the Dock.” He writes,

Three things go by the name of Christmas. One is a religious festival. This is important and obligatory for Christians; but as it can be of no interest to anyone else, I shall naturally say no more about it here.

The second (it has complex historical connections with the first, but we needn’t go into them) is a popular holiday, an occasion for merry-making and hospitality. If it were my business to have a ‘view’ on this, I should say that I much approve of merry-making. But what I approve of much more is everybody minding his own business. I see no reason why I should volunteer views as to how other people should spend their own money in their own leisure among their own friends. It is highly probable that they want my advice on such matters as little as I want theirs.

But the third thing called Christmas is unfortunately everyone’s business. I mean of course the commercial racket. The interchange of presents was a very small ingredient in the older English festivity. Mr. Pickwick took a cod with him to Dingley Dell; the reformed Scrooge ordered a turkey for his clerk; lovers sent love gifts; toys and fruit were given to children. But the idea that not only all friends but even all acquaintances should give one another presents, or at least send one another cards, is quite modern and has been forced upon us by the shopkeepers.

The commercialization, consumerization of Christmas was even a concern in Lewis’ day.  Now, this might be a personal trait more so than a universal trait, but if it is personal, I think it applies personally to many of us.  What trait am I talking about?  Sometimes especially when addictions occur, it is not enough to make a small change in our behavior, we need a wholesale-cold-turkey-don’t-touch-it kinda of change.  Like an alcoholic can’t have just one drink, what if they only way to stop the addiction of Christmas consumerism is to go cold-turkey.  No gifts.

Now I’m really not a scrooge.  I’m all for gift giving.  I think true gift giving tickles the itch of grace planted deep in our souls.  I’m just not sure that we can recover true gift giving at Christmas.  Christmas is too fraught with the immediate pleasures of consumerism.  Perhaps we should pick a day in January and declare it, National Gift-Giving Day.  If we (Christians) can keep it a secret, we will get all National Gift Giving Day (hear after referred to as NGGD — or nagged) gifts at post-Christmas sale prices!

Then we give ZERO gifts at Christmas…except the gifts we give to Jesus.

Now that would be radical.