Facebook makes it so easy.  Hit confirm and you add a friend.  Hit a button and they are unfriended.  Neither button takes into account the years involved in truly gaining a friend, nor the sorrow experienced in losing one.  Perhaps that’s the true curse of social media.  I lost a friend last night. 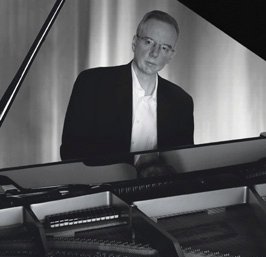 So for 15+ years we’ve prayed together, worshiped together, laughed together, and spoken together.  I spoke at Paul’s church and he spoke at mine — and it always felt right because it wasn’t two different churches, just two different congregations in the same church.  We’ve dreamed about how to reach the city together and complained together when things didn’t happen the way we hoped.  To be honest I’m wrestling a bit with God about that whole “together” thing being done.

I’m in the midst of a doctoral class on organic leadership development.  This week we’ve been talking about legacy.  How do we live our lives in such a way to leave a legacy?  Paul did.  I always used to wonder which one of us would quit first in our attempts to bring together the church of the city to reach the city.  Now if I ever quit trying, I’ll be first, because he never did.  But it wasn’t just a legacy of serving God, Paul leaves a legacy of family and friends.  I can’t tell you how many times he spoke of Arline and Rob and Ryan, and more recently Ireida and a grandchild to come.  He loved them…was so proud of his kids.  And I love how the people he has led love him — a great legacy.

Like the apostle Paul, Paul lived for Christ…and now dying has brought him incredible gain.  Full healing.  Presence of Christ.  He has embarked upon the greatest adventure ever known.  His story has moved out of the introduction (that’s really all this life is in comparison to eternity) and into the first chapter with an amazing story to come.  And all those of you/us who showed up in his introduction will be a part of that story to come.

So in a way, I haven’t lost a friend — for a time — his story has just moved to a page beyond the page I’m on.

Join me in praying for Arline, Ryan, Rob & Ireida, and State College Assembly of God.  God can and will heal the hurt, but till we get out of our introduction, there will always be a bit of a hole.

See you later Paul, and thanks for everything.  May the rest of your story be beyond what you have imagined, hoped or prayed it would be.