Can I tell you something?  You were made for more, but something—or someone—is holding you back.  Your mind was created with a capacity for wonder.  Your heart was created to experience a love that has no boundaries.  But something—or someone—is trying to conform you to a dull life, a me-centered life, a life that is less than you can imagine.  Christmas is one of those times when we sense this capacity for more.  We walk through the Christmas season, as the anticipation grows, but how often do we come to December 26, with a wistful sigh of disappointment, like we missed it?  “I’ll do better next year,” we think, “I’ll get 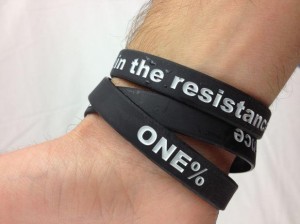 Christmas right next year.”  But what if I told you that we will never get it right till we understand it better?

C.S. Lewis called this world, enemy occupied territory, and then wrote, “Christianity is the story of how the rightful King has landed, you might say landed in disguise and is calling us to take part in a great campaign of sabotage.”  Christmas is subversive.  Christmas is revolutionary.  Christmas gave birth to a resistance, led by Jesus.

Jesus leads us to resist the pull of a me-shaped Christmas and the myth of more.  He calls us to resist religion and fear, consumerism and busyness.  He challenges us to resist the activities that drain our souls.  He’s not asking us to reject Christmas.  He’s simply calling us to return. What if Christmas is less about the big productions, and more about the resistance?  What if Christmas has less to do with the 450 billion dollars spent on gift cards, ipads and bad Christmas sweaters and more to do with a subversive gift of hope given to a child?  What if the something more for which your heart longs, could be found in a simple act of worship in the midst of holiday busyness?

Two weekends ago, at Calvary we all received wristbands with the words, “Join the resistance” and “ONE%.  What is that all about?  A few years ago, I was playing with some numbers — like the average Christian gives less than five percent of their income to the church, and the average church gives less than five percent of its income to those in need outside of its walls — and I realized that the average Christian gives less than one half of one percent to those in need around the world.  In the midst of the numbers I sensed Jesus challenging me to lead us to double that number.

In the last five years we have given $687,465 to those in need around the world.  Our goal this year is over $200,000.  As we have given our ONE%: We have helped families adopt children from around the world. We have helped get children off the streets and into a home in Rwanda.  We have given hundreds of families a Christmas they didn’t think they could afford.  We have given hope to 200+ children in Myanmar and the Dominican Republic, the hope of a home with food to eat, the hope of an education, and the hope of a future.  We have started a school that is sending out national missionaries in Myanmar.  The list goes on and on.

ONE% given by many can accomplish so much.

I would like to invite you to join me in resisting a status quo Christmas.  How do we resist?  I won’t say, “Don’t participate in Black Friday.”  Some of you who dive into Black Friday will spend less on Christmas consumption than some of us who do not.  But I will say this… before you make your Christmas gift list, go to our ONE% website.  Look at the pictures, read or listen to the stories and consider the ways in which you might resist a status quo Christmas by giving ONE% to those in need around the world.

Have a great thanksgiving.  I am so thankful to God for those who have given to ONE% over the years.  You have given so many children, so many reasons to be thankful.