A few months ago a father died.  It happens all the time, but this father died in Japan and the story of his death went world-wide.  It happened in the small rural town of Yubetsu during a severe March snowstorm.  Mikio Okada left work to pick up his nine-year-old daughter Natsune from school, but they didn’t make it home.  Mikio’s truck got stuck in the drifts of a driving blizzard…about a 1/2 mile away from home. 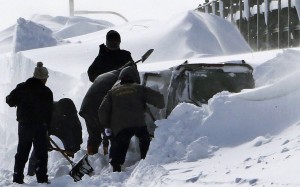 Natsune’s mother died two years ago and perhaps that’s one of the reasons why — as neighbors described him — he was a doting father who often would go to work late so that he could begin his day by eating breakfast with his daughter.

At 4pm, Mikio called relatives to let them know that they had become stranded, stuck in a snow drift.  He said that they were going to walk the remaining 1/2 mile home.  But with winds up to 70 miles per hour and temperatures — not counting windchill — at 21 degrees, they just couldn’t make it.  They were found about 300 yards from the truck.  If that was the extent of the story it would not have gone world wide, but there is more.

Here are a few thoughts on this Memorial Day weekend.

2) The world is in great need of fathers who will give their lives for their children.  And sometimes the greatest giving comes not from the dying but from the living of our lives for our children.  We say we would be willing to die for our kids, but are we willing to go in late to work so that we can begin our day with them.  The sacrifices of a life lived well matter just as much as the sacrifice of a noble death.  I’m not saying that children should be center of our lives, only God deserves and can handle being the center of our lives.  I’m simply talking about truly valuing our children as gifts from God.

3) I can’t get through Memorial Day without remembering the battle fought on my behalf by Christ.  For though the cross was more, it was not less than the battle of all battles.  It was a battle against sin and death for my life.  Through Christ’s death on the cross, I not only know the depth of God’s love for me, I am set free from sin and death.  I am given a new life, a new family, a new future. 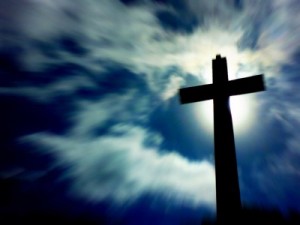 That’s what I am remembering today.