Have You Been Marked by Jesus?

We need to understand something about Jesus. Jesus was a first century Jewish Rabbi. 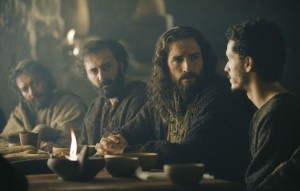 He was a great Rabbi. Rabbi’s of those days would usually have their own interpretation of Old Testament law, their own philosophies of how to best live life. Those Rabbi’s would then promote their ways of life and understanding… usually trying to recruit followers; people through whom they could pass down their heart, mind and way of life. People would come and say, “I want to follow you.”

The Rabbi’s interpretation and way of life was called his ‘yoke’. If you were a follower, you would go under the yoke of that Rabbi. Which meant that not only would you try to learn all his knowledge, you would try to be like him in every aspect of life. That’s why Jesus says to a crowd and beckons them to follow by saying in Matthew 11:28-30:

“Come to Me, all you who are weary and burdened, and I will give you rest. Take My yoke upon you and learn from Me, for I am gentle and humble in heart, and you will find rest for your souls. For My yoke is easy and My burden is light.”

As people would come to the Rabbi… the Rabbi would screen potential followers. What was he looking for? People who would take his yoke. Learn from him and become like him. So the driving question the Rabbi, always had to ask was, “Can this person become… Does this person have what it takes to become like me?

There was a Jewish saying repeated often — a type of blessing — “May you be covered in the dust of your Rabbi.” In other words, may you follow so closely to your Rabbi that you get covered in his dust. Or may all that the Rabbi is rub off on you.

So now go to this vignette of Peter and John in Acts 4.  (This is post-resurrection.) They are standing in front of the Jewish High Council, the Sanhedrin, part of the group which had rejected Christ all the way to a cross. This group of powerful people are telling Peter and John to stop doing acts of kindness…to stop healing people in Jesus name. They are telling Peter to quit telling people about Jesus.  So what does Peter do. Starts preaching to these men…here’s what happened….

Now when they saw the boldness of Peter and John, and perceived that they were uneducated, common men, they were astonished. And they recognized that they had been with Jesus. Acts 4:13 (ESV)

When these leaders saw the boldness, the willingness to sacrifice, the passion and commitment of Peter and John and realized that they were common uneducated men — they recognized that they had been with Jesus.  I love that. Do you understand what a compliment that was for Peter and John. These men were saying…I see Jesus in you.  The Rabbi’s dust has settled on you. I love it because it tells me that – It’s okay to be ordinary, uneducated, or untrained as long as I’ve been with Jesus. I love it because it tells me that if I hang out  with Jesus…I’m going to leave a mark.

When people look at us, do they realize that we have been with Jesus?  Has Jesus left His mark on us?