I love stories about people embracing a cause. I collect them.  One of my favorites is the story of William Borden. 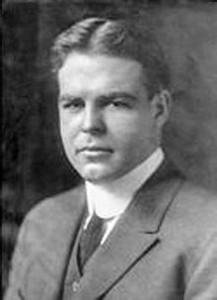 In 1904 Borden graduated from a Chicago high school and as heir to the Borden Dairy estate, he was already a millionaire. For his high school graduation present, his parents gave him a life-changing, heart-expanding trip around the world. As he traveled through Asia, the Middle East and Europe, he felt a growing burden for the world’s hurting people and the multitudes who didn’t know Jesus.

No Reserves.  As in nothing held back, all in.  Total abandon. What are you pursuing with no reserves?

Borden held nothing back. During his college years at Yale, he became a pillar in the Christian community. One entry in his personal journal that defined the source of his spiritual strength simply said: “Say no to self and yes to Jesus every time.”  During his first semester at Yale, Borden started a small prayer group.  This little group gave birth to a movement that transformed the campus and even spread to other campuses. By the end of his freshman year, 150 students were meeting weekly to study the Bible and pray together. By his senior year, 1,000 of Yale’s 1,300 students were meeting in these weekly groups.

He also worked with the homeless on the streets of New Haven. He founded the Yale Hope Mission and Henry Wright, a professor at Yale, said, “It is my firm conviction that the Yale Hope Mission has done more to convince…(students) at Yale of the power and practicability of Christianity…than any other force in the University.”  Borden was often strategizing with others to make sure every student on campus heard about Jesus, but his real passion was missions. He attended a Student Volunteer Movement conference in Nashville where he learned about the great number of Muslims in China.  When he graduated from Yale, Borden wrote two more words in the back of his Bible.

No Retreats. No going back. I don’t care how hard it is or how long it takes or how much it costs.

In keeping with that commitment, Borden turned down several high-paying job offers, including the opportunity to take over the multimillion dollar Borden company. William set sail for China on December 17, 1912. He stopped in Egypt to study Arabic so that he would be better equipped to work with Muslims.  While in Egypt, he contracted spinal meningitis and within a month, he died.

He was 25 years old…years of training, such commitment, so much potential, so many selfless decisions, and William never even made it to China. Charlie Campbell, one of William’s college friends, received his Bible after his death. When he opened it he found the words that William had written in his Bible,

He never made it to the mission field in China, but through a no reserves, no retreats, no regrets life, he touched hundreds of students at Yale University and Princeton Divinity School who became missionaries and, because the news of his death was published all over the world, many people wrote letters to his family expressing how their lives had been influenced by William’s story of faith and commitment to the cause of Christ.

This weekend we are going to worship on campus, Calvary on Campus. Why? Partially because this is one of the missions that we share as a whole movement. Partially because it is at the heart of our region.  In some way all of us have a connection to Penn State. But even more importantly because I believe that the next move of God in this region will start at the heart of our region. I believe that God is going to raise up scores of William Bordens in our midst; people whose commitment to the cause of Christ will inspire others.

That is a cause worth embracing.