That’s what President-elect Barack Obama and Senator John McCain spent on the last election.  This is NOT counting the primaries…just the final presidential election.  One BILLION dollars were spent by the two.  Now I didn’t do the final math.  Obama received more votes, but spent more money, so I really don’t know who paid the most per vote.  But the two of them together paid about $8 per vote.

Now this is NOT a political post.  It’s simply a reminder of the power of synergy and addition.  Small things done by many people can have huge results.  122,394,724 people voted.  One billion dollars was spent.  That’s about $8.17 per vote.  If tomorrow every person who voted would go to their polling place and give $8.17,

Well we could elect a president, or…  Have you ever visited the website www.emptytomb.org?  Click the url and the first thing you see is a number.  Today when I looked the number was 8,402,358.  That’s the number of children, under the age of five, who died worldwide, so far this year.  The vast majority of them died from preventable poverty conditions.  This same website suggests that around 5 billion dollars would elimante the vast majorirty of those preventable poverty conditions.  Roughly the math says that if we canceled this year’s election we could save around 2 million children under the age of five.

But like I said, this isn’t a political post.  In fact let me take it to the most non-political subject I can find… 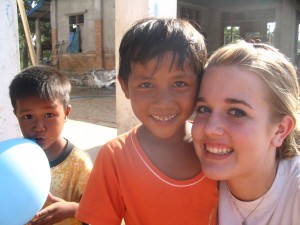 Christmas.  Last year Americans spent 450 Billion Dollars on Christmas.  If we skipped Christmas one year we could save 9-10 million children under the age of five…and do it for the next 90 years.  If the rest of the world skipped Christmas we might get it to 100 years. That’s a lot of people spending a lot of money.

So let me bring it home…to Calvary.  It would be difficult to find one person at Calvary who could give 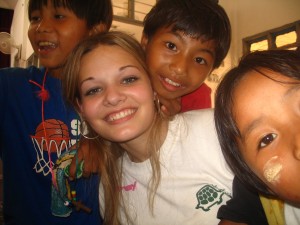 A couple of years ago, I took my daughters to Myanmar.  This year my family is going back for Christmas.  And after this election I’m just asking myself, “What could we do together…that might be better than an election…or maybe even better than Christmas?”