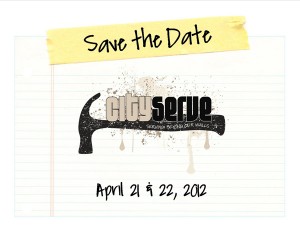 Ken and C. J. are a Christian couple who live in Bodaga Bay, a little town north of San Francisco. They run a deli in a store up there. A few years ago, Bodaga Bay was big enough to have one homeless man, the town tramp was named Garland. Garland dressed poorly, acted a little strange and slept in the city park. Being Jesus-followers, Ken and C.J. befriended Garland; offered him food and kind words. When their store was broken into and robbed most people in town accused Garland. Ken and C.J. — instead of accusing — prepared a very expensive gift basket for Garland and gave it to him.

The next morning the police showed up with Garland and the expensive gift basket; certain they had caught the burglar. To protect Garland from embarrassment Ken and C.J. said, “Oh, Garland! Thank you for bringing your basket back. We forgot to put some stuff in it we wanted to put in it. And by the way, here’s the change I forgot to give you.”

Ken made up a number — $38.67 — and in front of the police he opened the cash register and gave $38.67 to this homeless guy. The police let Garland go without saying a word. A few mornings later Garland died in the park in his sleep. Ken and C.J. were called to the attorney’s office. They were told that Garland had made them the sole heir in his will. He wrote, “The entire contents of my travel bag are entirely yours.”

Your neighborhood, the place where you work, your dorm, your apartment building, the softball diamonds where
your kids play…are filled with people who are the passion of Jesus heart.

There are times when God gives me just a little peak at the passion on his heart for people. I’ll be looking out over the
valley, or driving down 322, or walking through the grocery store, and my heart begins to fill up with emotion and tears come to my eyes, for people that I don’t even know. And it doesn’t come from me, like you sometimes I struggle to love well the people I know…let alone people I don’t know, but I think God just wants to remind me of how much He values people.