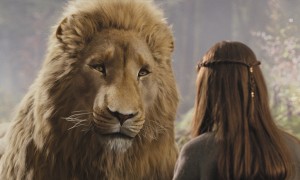 If you asked him if God was safe, he probably would’ve laughed at you and told you the story of when God showed up around Mt. Sinai. All the people witnessed his presence and trembled. “You speak to God Moses and we’ll listen to you for if we hear the voice of God, we’ll die.” Or maybe he would have told you a story about when he cried out to God, “God, please if I have found favor with you today, I want to know you, please show me your glory.”

God said. “Ok, but all you can see is the back of my glory, because if u see me full on, you’ll die.” So God hid Moses in a rock and covered him with his hand and gave him a backwards glimpse of his glory. If seeing God’s glory full-on would’ve killed Moses, I’m guessing that seeing the back of his glory left him shaken for days.

If you get to heaven someday ask Jonah if God is safe, or Paul or Mary the Mother of Jesus, or the Shepherds. Luke 2:8 describes the evening that God came to earth. “There were sheepherders camping in the neighborhood. They had set night watches over their sheep. Suddenly, God’s angel stood among them and God’s glory blazed around them. They were terrified. The angel said, “Don’t be afraid.”

We read this story and often we picture sweet cherubs, innocent, kindly, pale white beings with halo’s and harps. But would you be afraid of a cute little angel with a halo? Would you have been afraid if the glory of the Lord was like a soft, warm night light? But what does Luke tell us? The shepherds were terrified. Shepherds were the Israeli cowboys of the first century. Weather-hardened men who were used to spending their nights under the stars and their days killing wild animals — but just a taste of God’s glory left them terrified.

The most common Christmas greeting that first Christmas was “Fear Not.” Why? Because when people come into contact with the glory of God, we instinctively know that we will not leave unchanged. Is God safe? It seems like the bible is full of people who encountered the living God…only to find their lives turned upside down and their hearts turned inside out.

I say this to give us fair warning. Perhaps one of the reasons we like the Christmas version of God is because God in a manger, wrapped in strips of cloth… seems safe. The soft, pink hands of God-in-the-manger cannot take what I consider mine. The infant mouth cannot call me to surrender my life. The feet do not walk, so there is no need to follow. On the surface people seem to want a tame God – a nice, safe, kind figure who accepts us where we are, and though he wishes we would do better, he sighs, smiles indulgently, and forgives without calling us to something more; gentle Jesus, meek and mild.

One of the things I love about the Chronicles of Narnia is the Aslan picture of Jesus. Before meeting Aslan, Susan said with a quiver, “Oooh a lion? Is he..safe? I feel rather nervous about meeting a lion.” “Ah..true” said Mrs. Beaver, “if there’s anyone who can appear before Aslan without knees knocking, they are either braver than most or just plain silly.” “Then he isn’t safe,” asked Lucy? “Safe,” said Mr. Beaver, “Who said anything about safe? Of course He isn’t safe. But He is good.”

Not safe but good. He cannot be manipulated or controlled. He isn’t tame. He makes no apologies for calling us to take the risk of encountering his presence and his glory. He will shake us with his glory. Not safe but good. When we join the One to make a difference in the world, it’s not safe, but it will be good!  What will a dangerous Christmas look like for you?