For John Sutter, it started as a normal January morning in California. He was a prosperous rancher, owner of

a 50,000 acre spread. He had no idea how much his life would change when one of his employees, John Marshall, walked into the room with the news that gold had been discovered at the construction site of a sawmill.

The year was 1848 and Marshall and Sutter agreed to become partners in mining the gold, but soon the news leaked out. Sutter’s property was besieged by thousands of people – trappers, farmers, sailors, 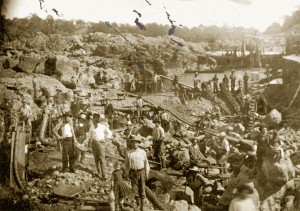 lawyers, school teachers and preachers – from nearly every corner of the country. All of them had one mission, one vision, one passion. They wanted to strike it rich. Within a year, the “49ers” flooded by the 1000s into California and the gold rush had started.

Gold rush – what is your rush? What would cause that sort of excitement, passion, and a willingness to rush away from all you had in the hopes of rushing toward something of greater value? Gold rush. It’s interesting, some very wise people have compared the word of God to gold. Proverbs 19:8-10 says that the words of God are right, making the heart rejoice, more to be desired are they than gold. Psalm 119:72 says that the words that come from God’s mouth are better than thousands of gold coins.

So I’ve been pondering the power of words.  Thinking back, some words were like gold.  I’ve held onto them for decades.  Some words were like poison. unfortunately I held onto some of those for decades as well.  Those were the words that laid bare the lie that “sticks and stone will break my bones but “just” words will never hurt me.” I wonder how many sticks and stones words are said in our homes verses gold words?

If we believe He speaks, why do so many of us, spend a seemingly small amount of time — at least in proportion to their value — listening to His Word?  Maybe we think His Word is just words?  I’m looking forward to the next few weeks at Calvary…pondering His Word.

There are 2 Responses to : JUST WORDS

This idea of living the dream is stirring up some conversation amongst us.  I have enough e-mails and one-on-ones coming in and coming up that I’m falling a little behind.  But I love hearing what God is putting on your hearts!  It might be that some of you are interested in doing a little more reading/pondering on this topic.  If so here are three books that you might find beneficial. 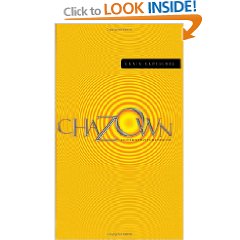 The word chazown means vision.  Craig leads the reader through a process of looking at core values, spiritual gifts and past experiences to determine your vision for life.

This book is meant to be a very practical conversational guide to discovering the life God has planned for us.

3)  The Cure for a Common Life by Max Lucado.

Written in Max Lucado’s typical story-rich, conversational style, this book is filled with practical insights in the journey of discovering your sweet spot in life.

None of these books try to give you a “discover-your-dream-in-three-easy-steps” approach.  But each one has great practical insights and good probing questions.  Any of the three would be a good beginning read on living the dream. In fact I have 5 copies of Get a Life that I will give away to 5 people who…

#2)  ARE INVESTED/PASSIONATE ABOUT FIGURING OUT GOD’S DREAM FOR THEIR LIFE.

There are 6 Responses to : Some Living-the-Dream Reading 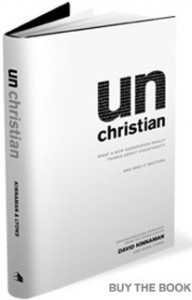 I love reading the history of Celtic Christianity. It started with an historical novel about St. Patrick and has progressed to other books about Celtic spirituality…so you may understand when I tell you that Wild Goose Chase was on the short-list of blog titles when I first started this blog. On the other hand you may not understand the connection between geese and Celtic spirituality. Mark Batterson starts his new book 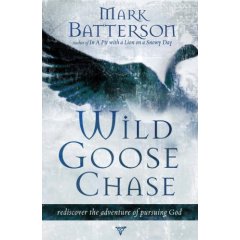 with these words, “The Celtic Christians had a name for the Holy Spirit that has always intrigued me. They called him ‘An Geadh-Glas’ or ‘the wild goose.'” You may think that sounds a little weird or even sacrilegious, but having grown up on a farm and watched the wild geese flying overhead, there is something in that metaphor that makes my heart sing.

Mark Batterson is the lead pastor of National Community Church in Washington D.C. NCC is an innovative, multi-site church meeting in movie theaters and a church-owned coffee house near Union Center. He is the author of one of my sabbatical books, In a Pit with a Lion on a Snowy Day and writes a geat blog that I follow at www.MarkBatterson.com. So when the opportunity came to review his new book Wild Goose Chase I jumped at the chance.

It’s a great read for those who are looking to put the adventure back in their journey with God. Mark has a very conversational style, good stories. In fact a couple more resources to add to it, check out his website www.chasethegoose.com for 10 Steps to Setting Life-Goals… AND I have one free copy of Mark’s book to give away.

Respond to this post with your name and address by Monday of next week and I’ll put your name in a hat. Who knows maybe you’ll get your own goose!

There are 3 Responses to : Wild Goose Chase