You have to know there’s a mold before you can break it.

Last week my son Jake graduated from high school which meant that he got Nana’s book.  Every time a grandchild graduates from high school Nana (mom to me) puts together a “this is your life in pictures” book. 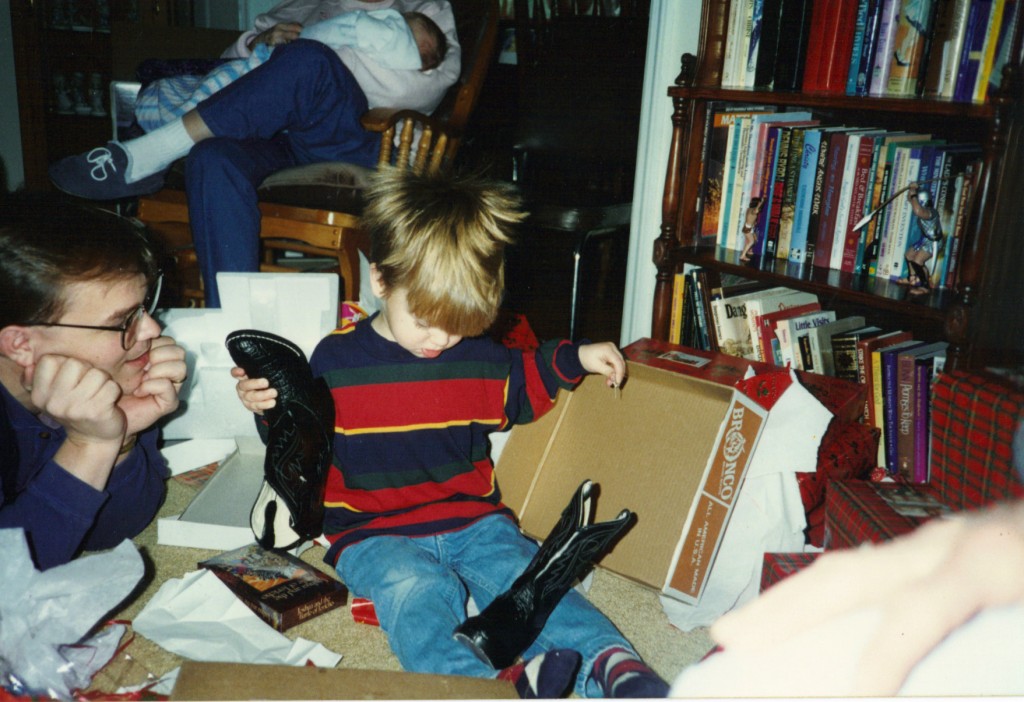 Jake’s is about a foot thick and my pictures are on a few of those pages.

On Saturday night after everyone had gone to bed, and Jake was on his way to the Dominican Republic (senior class mission trip) Lynn and I were reminiscing our way through the book.  Every picture brought back a memory.  The pictures that contained me brought back — more than a memory — a thought.  “Wow, there was less of me back then.”  Now some of you are thinking, “What’s wrong with more Dan?”  Okay you’re not thinking that, but someone could think that.

Now it’s not that I don’t know that I’ve gained weight.  Every time I tie my shoes, I think, “this never used to be so difficult.”  But there is something about seeing the me-before that so clearly paints a picture of what is and reminds me that I want what could be.

Here’s the point — it’s not just about weight — negative changes often happen incrementally.  In the moment we don’t realize how much we have changed.  The accumulation of a thousand little steps in the wrong direction does not seem like much till you are given a glimpse of where 1000 steps in the right direction would have taken  you.

JB Phillips translation of Romans 12:2 reads “Don’t let the world around you squeeze you into it’s mold.”  Paul is expressing the same thought about incremental negative changes.  The world around us squeezes us into it’s mold.  It happens over time, not all at once, a squeezing process, not a blasting process.  But then we catch a glimpse of what was, or what was meant to be, and suddenly the difference seems stark.  We’ve been squeezed into a mold.  It’s difficult to break a mold, if we don’t recognize the mold.

If we were to make a list of the molds of the world, we would quickly find some common things, consumerism, materialism, friends with benefits, and moral relativism would likely make the list.  But I wonder how many of us would list this mold — No Fear of God.  I wonder if one of the squeezing molds of the world is “no fear of God.”

This week I’ve been pondering Psalm 34.  Psalm 34 is one of those ancient psalms that say that the fear of God leads to all sorts of good stuff.  I feel like I’m looking at an old picture of what was…and perhaps what was meant to be.  I know we struggle a bit with the idea of fearing God…but perhaps we should not be so quick to put that picture away.  Perhaps there is a mold that needs to be broken.