Admired for her beauty, Jennie Jerome (Winston Churchill’s mother) found her way into the upper reaches of the social networks of England.  It is said that once within the same week Ms. Jerome dined with two of England’s premier leaders: Prime Minister Benjamin Disraeli and his chief rival, William Gladstone.  When she was asked to relate her first impressions of these two men, Ms. Jerome made this observation. 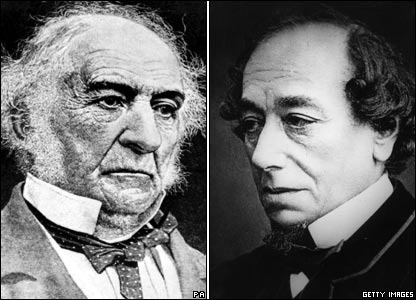 What impressions do we make upon the people around us?  Perhaps you know people like Gladstone — whenever you are around them, you can’t help but think about their talent and success and wit and intelligence. Perhaps they don’t even realize that all the focus is on them, they are used to it.  Perhaps you know people like Disraeli, whenever you are around them, it seems like they don’t take themselves very seriously, but they seem to draw the best out of you.  They may not even realize it, but they are very other-centered, not very self-centered.

I guess it’s fun to be able to say that you have met a Gladstone, perhaps it’s even a step up the ladder if you can say that you know someone like that.  But it is far more life-giving to be known by someone like Disraeli.  And I bet if you had a choice you would take Gladstone for dinner, but Disraeli for a friend.

In relationships, be impressed with others instead of trying to make an impression. Throttle back on the urge to make your presence felt, and instead look for ways to esteem those around you. By expressing genuine interest in the people in your life, you’ll win friends and gain favor.