Why I Believe in Jesus’ Resurrection

How can I know that Jesus was really raised from the dead by the power of God?  Why do I believe? 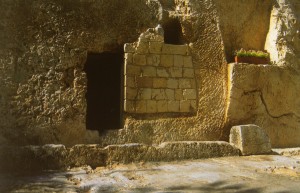 I could talk to you about the historical arguments for the resurrection.

– The fact that it is testified to by five independent sources, Matthew, Mark Luke John and Paul.
– The fact that the location of Jesus tomb was well known.  Both skeptical disciples and antagonistic  opponents checked the tomb and all agree, it was empty.
– The transformation of Jesus followers from a grief stricken, fearful, discouraged group to the bold, joyful force which initiated the explosive growth of a new movement which became known as the church.
– The fact that during Paul’s lifetime there were hundreds of eye-witnesses still living, anyone of whom could’ve been contacted for corroperating accounts.
– The conversion of Paul, a man deadset against Christianity until he met the resurrected Christ.
– The English journalist Frank Morison who dealt with most of the objections in the classic Who Moved the Stone? Although Morison had set out to discount the Resurrection as a myth, the evidence convinced him otherwise.

We could talk about all the evidence and yet I know that in every case except that of John, even the disciples did not believe until they saw.  Though I believe the evidence invites belief, it does not compel belief.  So why do I believe?  Like Philip Yancey, one reason is because in the deep cores of my heart I want the Easter story to be true.  Something within me cries out against the meaninglessness of a life which simply ends without purpose.  As Yancey says, “I suppose you could say I want to believe in fairy
tales.”  But as C.S. Lewis relates, perhaps it is the very presence of the hunger for something more which indicates that something more exists.

Why do you believe?