Where Is Your Heart?

David Livingstone was a man who gave all that he had to serve Christ. He very easily 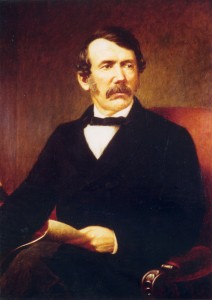 could have spent hours working in a plush, luxurious office, but instead he chose to go to an area of Africa to serve on the mission field. For years, Livingstone was the only white man there, sharing his Christian beliefs with the natives.  On December 4, 1857, Livingstone, made a stirring appeal to the students of Cambridge University…

For my own part, I have never ceased to rejoice that God has appointed me to such an office. People talk of the sacrifice I have made in spending so much of my life in Africa. …Is that a sacrifice which brings its own blest reward in healthful activity, the  consciousness of doing good, and a bright hope of a glorious destiny hereafter? Away …with such a thought! It is emphatically no sacrifice. Say rather it is a privilege.  Anxiety, sickness, suffering, or danger, now and then, with a foregoing of the common conveniences…of this life… All these are nothing when compared with the glory which shall be revealed in and for us. I never made a sacrifice.

After years of service, Livingstone contracted a disease in Africa, which eventually took his life. The natives were crushed; they dearly loved this man who had introduced them to Jesus. They loved him so much that before his body was shipped to England, the natives honored Livingstone by cutting out his heart and burying it in African soil. They felt that after all of his years of sacrifice and service his heart belonged there.