When One Hurts We All Hurt

As it is, there are many parts, yet one body. The eye cannot say to the hand, “I have no need of you,” nor again the head to the feet, “I have no need of you.” On the contrary, the parts of the body that seem to be weaker are indispensable, and on those parts of the body that we think less honorable we bestow the greater honor, and our unpresentable parts are treated with greater modesty, which our more presentable parts do not require. But God has so composed the body, giving greater honor to the part that lacked it, that there may be no division in the body, but that the members may have the same care for one another. If one member suffers, all suffer together; if one member is honored, all rejoice together. I Corinthians 12:20-26

Have you ever had a pain in your body, that was so bad, you couldn’t think about anything else? I had an abscessed tooth once. Before I could get to a dentist to drill a hole to relieve the pressure, that tooth hurt so bad, it was like my whole body was a tooth. All I could think about was that tooth. When one part of the body suffers, the whole body suffers together. I hurt my back last week, just one small little place in my lower back and yet there have been moments this week, where all I could think about was my back. 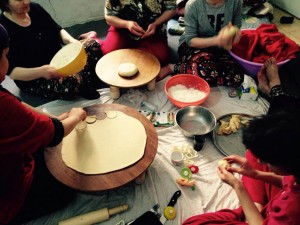 On April 12, Orthodox Christians around the world will be celebrating Easter. Some will gather together to make kelecha, small pastries prepared for Easter. They will knead the pastry into smooth balls, then roll it out, and cut circles with an upside down glass. Add walnuts, sugar, family and friends, for a wonderful Easter tradition. That is what you might be doing if you were an Assyrian Christian. Except there is a good chance this year that you would not be at home. The Assyrian Christian community in Iraq has been heavily impacted by violence against Christians. Rarely since the first century has the church in the East faced persecution on this scale. Christian communities that took 2,000 years to build, and that were started by the apostles themselves, lie in ruins.
When one part of the body suffers, the whole body is in pain. 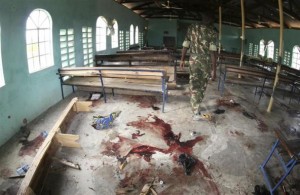 And it’s not just Iraq. It’s 147 Christians at a university in Kenya. Nyabwengi, a student at the University heard his best friend beg for his life, pretending to be a Muslim. When the friend was unable to recite a Muslim prayer, he was fatally shot. When the gunmen arrived, their first target was an early morning Christian prayer meeting. Of 29 students there, just seven survived. “We were praying,” said Duncan Obwamu, 25. “We were in a circle in the room holding hands.” First, the barrel of a gun appeared at the door. Then it fired, striking a young woman leading prayers.

When one part of the body suffers, the whole body is in pain.

During the last eight years I have been to Myanmar a half dozen times. Last year they ranked in the top 25 countries where Christians face the most severe persecution. This year we visited with Shu Mong, a former Buddhist priest, now Burmese missionary. Calvary has helped provide funds to build a very small one room church, that about 50 children and adults worship in weekly. He lives in a 20×20 bamboo structure…with 21 other people. Why so many? Because in that community when someone becomes a Christ-follower, 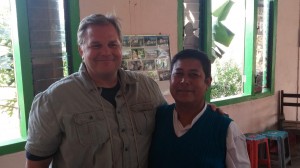 they lose their family, their home, and their job.

When one part of the body suffers, the whole body is in pain.

Pain actually aids in the health of a body. If we did not feel pain, like a leper, our body would deteriorate. A healthy body not only feels pain, but can distinguish between little aches and life-endangering pain. I realize that so many of this pains are so far away, because the body of Christ is worldwide. But I wonder if we shouldn’t be feeling the pain more than we are feeling the pain.