What Are You Hugging? 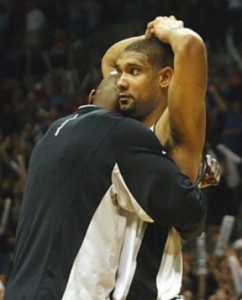 It’s not that I never hug.  I love hugging my family.  I’ll hug my kids anytime it embarrasses them or encourages them.  I’ll hug my wife anytime she wants me too.  But with all my hug-ishiness, this story grabs me, it’s a good reminder that we are all hugging something for all it’s worth — and what we hug determines the quality and direction of our hearts.

In His book, “The Man in the Mirror” Patrick Morley tells the story of three men and a boy who were going fishing in Alaska. They were headed into a wilderness section of the state that could only be reached by a sea plane, but when they landed something went wrong. One of the floats broke. Before long, the plane was sinking and all four of them had to jump from the plane into the sea.

Two men, a father and his son, began to swim for shore, but two things made this difficult. The first difficulty was the temperature of the water. The second difficulty was the rip-tide. A powerful rip-tide was pulling everything out to sea. The three men were strong enuf to swim against the tide, but in time, they realized the boy didn’t have the strength to make it.

The father of course swam back to help his son; pull him along and bring him to shore. Can you imagine the shape of his heart when it became obvious to the father that his son wasn’t going to make it to shore. Nothing he could do was going to save his son. His son was going to die. The other two men watched with fascination as the father turned to them and waved them into shore. He turned back around and wrapped his arms around his son as the rip-tide carried them both out to sea.

So ask yourself the question — What are you hugging? What do you have your arms wrapped around? When Paul said, “For me to live is Christ and to die is gain.” He was saying that he had his arms wrapped around Christ no matter what. He was hugging Christ, even if it meant his death. More importantly, when John writes, “For God so loved the world, that he gave his one and only son…” He’s saying that God is hugging you.

I think far too many of us find ourselves wrapping our arms around stuff that doesn’t matter. How about you? What are you hugging?