Two Jacks and My Lost 24

Actually I think I ran into both Jacks in the same year.  Jack Bauer had already lived two days on tv, but we didn’t know Jack till season 3.  We watched season 1 & 2 one week while we were on vacation.  So Jack and Jack both came into my life 6 years ago.  To celebrate my Lost 24, I thought I would share a few things about these two Jacks.  So what do we know? 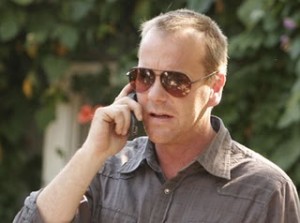 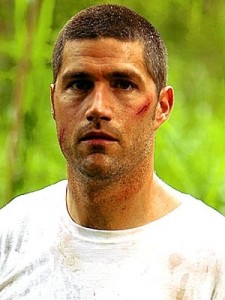 2) One Jack killed the smoke monster and the other Jack killed… pretty much everyone.

4) One Jack lived a day every year.  The other Jack sometimes lived in a few years every day.

7) You know which one would win in a fight.  One Jack spent a lot of time crying in the woods.  If the other Jack had been on the island, he would’ve made the smoke scream while he killed all “the others.”

11) Both Jacks were willing to sacrifice…both Jacks started with great faith…in their own abilities…but one Jack finally embraced his need for help.

Okay, they were just shows…not real life.  I willingly gave them two hours of my week, or 90 minutes on hulu.  I enjoyed them.  So let me wax philosophical for just a moment.  In the end, Lost aimed in the direction of the grand themes of the true myths (ala C.S. Lewis.  In fact “Lost” reminded me some of Lewis’ book “The Great Divorce.”) of redemption, hope, faith, community, rebirth, and yes even God.  Redemption is possible…but we can’t do it alone.  Redemption and spiritual growth are found in community.  Faith and hope are found in love.   In the end we find that lost was ultimately an adjective for souls, more so than island, but there is hope.  In the end Lost was found.

On the other hand… 24 was never able to leave the formula.  Jack was always right.  Jack was usually alone.  Jack killed those who opposed him, but that was usually okay because if you thought Jack was wrong you were at best wrong, at worst dead.  No redemption…closer to revenge…but not quite revenge either.  More like vindication.  It’s amazing how lonely vindication can become.  So in the end Jack was right.  Jack won.  And Jack was alone.

The moral of the story that the two Jacks tell… life is meant to be an ensemble story.  It’s hard to find redemption alone.  You may think you’ve won, but if you end up alone… is it really a win?

If you’ve been a fan of both…you now have two extra hours in your week… go find a friend.  :)