Today A President Was Sworn In 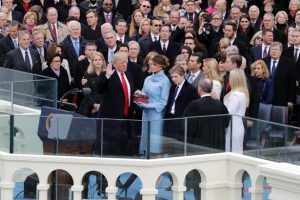 Today a new person was sworn in as the President of the United States. The peaceful transfer of power is really an amazing process. The United States has been doing this government thing for a long time.

But God has been doing it far longer.

Some do not recognize His hand, some may question His heart, but for me, the hand of God and the heart of God is the only thing that truly gives lasting hope.

God has been in the hope business far longer than any of us can remember.

None of us know what the future holds. But I believe that the shape of the next four years will be determined more by God, and the prayers of His people, than Washington D.C.