The Soul of the City

On April 17/18 while almost 800 of us here in Centre County were participating in CityServe — out blessing our community — in New York City a man died.  He was a homeless man who tried to intervene as a man was beating a woman.  In the process of trying to save her, the homeless man was stabbed multiple times and left on the street to die. 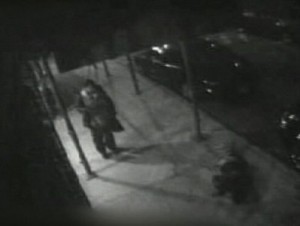 It was early morning, for the next 60 minutes, seven people passed the dying man on the street, all of them looked, one even stopped and turned him over.  But nobody helped.  Nobody even called 911.  (A surveillance video camera caught all the in-action.)  After an hour an ambulance arrived but it was too late.

It’s almost as though the city, or at least the neighborhood had no soul.

I was on a plane last week flying home from some leadership meetings in Orlando.  I was sitting next to a man who didn’t even look at me as I sat down.  (Which by the way, happens to be my favorite type of flying-friend.)  For 65 minutes on the plane we did not share a single word, then I sneezed.  It wasn’t one of my best – or worst depending on how you judge such things – and it was only one – I usually sneeze twice if I sneeze once – but the man next to me said, “Bless you.”  Didn’t look at me, actually it was probably about 7 seconds after I sneezed that he said it, like it took a bit of time for it to register.  But he said it, like he couldn’t help himself.

Did you know that this idea of blessing someone after a sneeze comes from times past, when it was believed that the act of sneezing would throw the soul from the body. “God Bless You,” was a prayer for spiritual protection. In essence it was a request for God to reconnect the soul to the body.  That thought brought to my mind a quote from a second-century Christian writer. In describing the lifestyle of Christians, he wrote, “As the soul is to the body, so Christians are to the world.” If that’s the case, then perhaps the way to reconnect the soul (church) to the body (community) is through a lifestyle of blessing?

To all those who served the city during CityServe — bless you and may God continue to bless others through you.