Perhaps you have heard of the Occupiers.  At this moment, somewhere between hundreds and tens of thousands — depending on the website — of people are camping out, marching and protesting in cities around the country; New York, Boston, Seattle, Washington, San Diego. 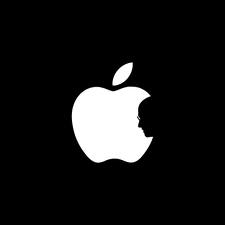 Calling themselves the 99% — as opposed to the 1% super wealthy — they are protesting corporate greed.  At the same time, a similar number of people are leaving flowers at the stores of the wealthiest company in the world to honor one of the richest men in the world, Steve Jobs.

At first glance, ironic.  At second glance related.  How so?  I think it has to do with hope.

As Andy Crouch writes, “In the 2000s, when much about the wider world was causing Americans intense anxiety, the one thing that got inarguably better, much better, was our personal technology. In October 2001, with the World Trade Center still smoldering and the Internet financial bubble burst, Apple introduced the iPod. In January 2010, in the depths of the Great Recession, the very month where unemployment breached 10 percent for the first time in a generation, Apple introduced the iPad.

Politically, militarily, economically, the decade was defined by disappointment after disappointment—and technologically, it was defined by a series of elegantly produced events in which Steve Jobs, commanding more attention and publicity each time, strode on stage with a miracle in his pocket. …Steve Jobs was the evangelist of this particular kind of progress…

In other words, he gave hope.  Technological hope, but still the hope of something better.  The occupiers aren’t so much giving hope, as they are looking for hope.  One Occupy website includes this call to action,

They are looking for hope.  Hope is the related theme, but Steve Jobs’ hope and the hope the occupiers seek is flawed.  Hope is a vital optimism, a quality of spirit that flows from a deep belief that the best is yet to come. It’s a conviction that history is moving somewhere, that life is not just a series of random events, but rather it has meaning, and will one day, be redeemed.

This is not the hope of Jobs.  In an oft quoted commencement speech from Stanford, Jobs stated the source of his hope when he said,

No one wants to die. Even people who want to go to heaven don’t want to die to get there. And yet death is the destination we all share. No one has ever escaped it. And that is as it should be, because death is very likely the single best invention of life. It’s life’s change agent; it clears out the old to make way for the new. Right now, the new is you. But someday, not too long from now, you will gradually become the old and be cleared away. Sorry to be so dramatic, but it’s quite true. Your time is limited, so don’t waste it living someone else’s life.

In other words, you are your own hope.  There is no ultimate meaning.  There is no final redemption.  All  you have is now.  Perhaps that was enough hope for the 42nd richest man in the world.  Perhaps that’s the hope that the 99% are seeking.  But is it enough for the hungry child in Somalia, or the abused little girl struggling to wonder why her father doesn’t love her, or the single parent who just lost his/her job?