Risk for the Reward

At a small groups conference at Willowcreek, Jon Ortberg told the story of a life-saving organization in Massachusetts.  If you ever go to Nantucket Island, there is a online canadian pharmacy little museum devoted to this volunteer organization that was formed over 300 years ago.   In those days, travel by sea was extremely dangerous.

Atlantic storms combined w/the rocky coasts of Massachusetts led to many lives lost…often within a mile or less of the land.  A group of people who lived on Nantucket couldn’t bear the thought of all these people lost at sea so close to land.  So they went into the life-saving business.  They banded together to form what was originally called the Humane Society.  It wasn’t for animals…it was a rescue mission for people.

They built little huts all along the shore. 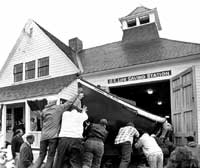 If you go to the museum, you can still see one of the original huts.  They built these little huts containing boats and rescue equipment.  They were sometimes called “huts of refuge.”   Huts of Refuge… their version of Life-Groups.  People were posted in those huts 24/7…watching the sea…looking for boats caught in a storm.  Any time a ship went down, people would go out. They’d risk themselves to save every life they could.  They gave all they had.  Everybody was willing.  24/7 somebody was watching.   All volunteers.  They didn’t do it for money or recognition… They simply valued  people…especially people in need of life.

Last week at Calvary we talked about risk. 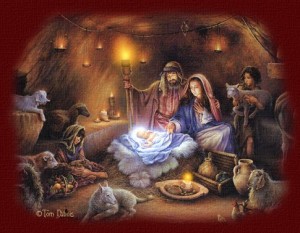 The Christmas is the story of risk.  Read the Christmas story in Revelation 12, it has risk written all over it.  In fact there was a manger in Bethlehem that was the very first hut of refuge.  God’s risk brought us great rewards.

So what risk are you going to take this Christmas?

This year, our family is going to Myanmar for Christmas.  We will be working in the orphanages we support.  I’m not sure if you can even call that a risk…when it brings such an incredible reward, can it be a risk?  Well if so, it is our Christmas risk and I am convinced that it is going to bring a great reward.