Christopher Hitchens died last Thursday in the midst of a painful struggle with cancer.

My first solid memory of Christopher Hitchens came when he released his book, 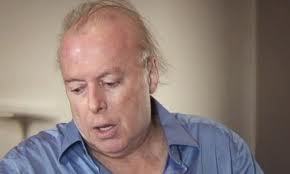 “God Is Not Great: How Religion Poisons Everything.”  It wasn’t so much his arguments that angered me, so much as what I perceived to be his attitude.  His arguments were not new: God is the wish-dream of irrational people; all religion causes all war; religion causes a dangerous repression of sexuality; you don’t need God to be moral; God can’t explain our origins; etc, etc.  There are many execellent Christian scholars throughout the years who have given credible responses to all these arguments.  In fact it wasn’t uncommon for Hitchens to be bested in public debate.  But his attitude seemed to be bombastic, vitriolic, condescending, argumentative…and the list could go on.

But over the years as I studied the man — really only a bit — I saw other things.  He was a father who loved his daughters.  He once wrote,

“To be the father of growing daughters is to understand something of what Yeats evokes with his imperishable phrase ‘terrible beauty.’ Nothing can make one so happily exhilarated or so frightened: it’s a solid lesson in the limitations of self to realize that your heart is running around inside someone else’s body. It also makes me quite astonishingly calm at the thought of death: I know whom I would die to protect…“

I can understand that heart.  He was also a man who had doubts.  In fact he made much of telling people that if he came to the end of his struggle with cancer, and in a dark night of the soul he cried out to God for help, please be assured that he would not be in his right mind.  Doug Wilson — a friend and Christian who occasionally debated Hitchens writes,

This is interesting, not so much because of what it says about what he did or did not do as death approached him, and as he at the same time approached death. It is interesting because, when he gave these interviews, he was manifestly in his right mind, and the thought had clearly occurred to him that he might not feel in just a few months the way he did at present.

In other words, Mr. Hitchens had doubts that his atheism would be enough for him at the end.  I can understand “doubts.” There is more that softened my view of Hitchens.  His mother committed suicide when he was in his 20’s.  He had a long relational conflict with his brother Peter — who at one time was also militantly atheist but later became a committed Christian.  In fact an interesting read would be to read Christopher’s book, “God is Not Great: How Religion Poison’s Everything” and Peter’s book, “The Rage Against God: How Atheism Let Me To Faith” in tandem.

There is a story told of the last moments of Jesus life, where a thief cried out to Jesus for grace, and grace was given.  God brought many Jesus-followers into Christopher’s life over the course of the years, his brother, Mother Theresa, Doug Wilson to name just a few.  It’s my hope that their examples and their prayers led another man to cry out for grace in the last moments of his life.

Last Thursday Christopher Hitchens found out whether or not he was right about God.  I hope he cried out to Jesus for grace and found out that he was right.  After all, God is great.