We college essays for sale started a new series at Calvary last weekend, Living the Dream. First up…we spent some time pondering the story of Gideon — Judges 6-7.  A lot of thoughts still wandering around in my heart.

What dream are we living? For example why is it that the American Dream has so much power to

shape our lives?  I suppose one could argue that somewhere back in time the American Dream was a bit more noble than it is today.  It had to do with things like freedom, servanthood, compassion for the poor and oppressed, liberty, justice, the pursuit of happiness, and stuff like that.  But is that the essence of the current American Dream?  Or has our dream degenerated to low gas prices, a bullish stockmarket, and increasing home values?  There is much being said about the fact that our two presidential candidates offer starkly different perspectives on the best way forward for our country.  But what if they are offering two starkly different perspectives on the best way to live the wrong dream? 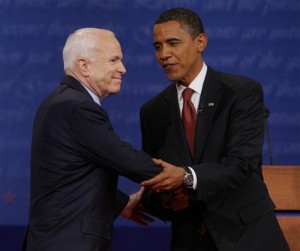 What power are we seeking? I love the journey that God takes with Gideon.  It’s a journey from the many to a few.  The essence of the story is that God calls Gideon to deliver his people from enemy occupation.  Gideon gathers 32,000 men, but the enemy has 135,000.  So Gideon goes back to God because he knows that he needs more people.  He is looking for the power of the majority.  But God isn’t concerned about majorities so God leads Gideon to cull the troops from 32,000 to 10,000 to 300.  And 300 men AND GOD brought home the victory.    Politics inherently seeks the power of the majority.  A few decades ago, Christians began to think that politics was the path to transform society so what was our goal?  A Moral Majority.  It didn’t work.  When it comes to the power God shares, faith is of  far greater value than majorities.  Which means that prayer is probably more important than voting… I’m not saying don’t vote.  Just saying don’t forget to pray.