I Love The Church

I do. I love the church. Make no mistake I’m not a go-to-church fanatic. When I”m on vacation I don’t search the yellow pages for the closest evangelical church, I sleep in. I’ve even been known to look for reasons to cancel church in favor of things like serving the community or just visiting another church in town. But I do love the church. 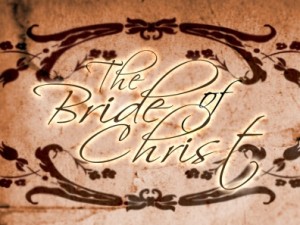 Lately it seems like I keep running into people who have “graduated from church” or found a new way of doing church, or have a particular ax to grind against a particular church that they think they know or don’t even care to know. I’ll be honest my emotions in these encounters have run the gamut from annoyance to anger. Again, make no mistake, I’m not a blind-to-her-faults pastor any more than I am a go-to-church fanatic. I see the places where the church is messy, and messed up. I’m painfully aware of missed opportunities and missed people.  Some of us are more concerned about the style of music being played than we are about the neighbors we are called to love and sometimes we fight the wrong fights. I know that there are times when I love my job more than I love Jesus and times I love comfort over sacrifice. I know that for some of you the church has brought hurt rather than healing. Should I go on?

But I love the church.

I’ve experienced many of her varieties. Independent Fundamental Baptist. Denominational. Charismatic. Mainline. But I’ve spent the last (almost) 20 years as part of a church that is a combination of many of those varieties. Our pastoral staff includes pastors who have served or grew up in Presbyterian, Charismatic, Christian Missionary Alliance, Catholic, Nazarene, and Christian Church congregations. We have people on staff who grew up in Christian homes and people who more recently became Christ-followers and frankly that diversity mirrors the people who call Calvary their church family…and there is not a single one of us who hasn’t messed up…and I love the church in all her messy glory.

So what am I saying? Is it wrong to critique the church, or a congregation? No. The apostle Paul’s letters contained critiques for the church of Ephesus, Corinth, Philippi and others; critiques about what they believed, how they loved, and how they did church. Critique is okay. Just take care. Remember that the church isn’t just an organization built by men, it’s a bride loved by Christ. Remember that before it was ever your church, it was his bride. I try to imagine how I would feel if someone put all their thoughts about Lynn’s (my bride) shortcomings on Facebook. Yes I have to imagine hard because the shortcomings are few and far between… :) but I don’t imagine I would be wearing a smile or giving you a sympathetic nod. If you went on too long, my heart might even get fierce.

If we feel compelled to critique, perhaps we might first ask Jesus to help us love his bride the way he loves his bride. We might ask him to help us see her, as he sees her…and then with humility we might start with ways that we (as part of his church) might better his bride. (And to use another metaphor with which you might be familiar, “if you are a hand start by bettering the hand.”)

I love Calvary, that’s the part of his bride with which Christ has connected me. I scroll through Facebook and run across someone who found Jesus at Calvary on Campus. Then I’ll remember a cowboy who wanted to be baptized with his boots on. Then I’ll read an email from a lady who found freedom from an addiction because of the way that people served him and God ministered to her at Calvary. Then I’ll shake my head at the way some of you have invested yourselves –all-in–all the time. As I walk down the hall where my kids sat in a kid’s class on Sunday morning or a Wednesday evening youth group event, my heart is glad because my kids still like church. And as I think about my kids I’m reminded of mission trips we’ve taken as a family…our growing partnership in Myanmar. Later I sit in on a community non-profit meeting where the people can’t stop saying thank you for the way Calvary serves the community; and by the way, the meeting is being held in a room where people have poured out their tears and their hearts in worship and prayer.

And Calvary isn’t alone in that journey. This happens in church after church…it is simply amazing what Jesus can do in the midst of our mess.

Remember that, the next time you are disappointed in his bride.