This week I watched Mel Gibson’s movie “The Passion of Christ” for the third time.  It 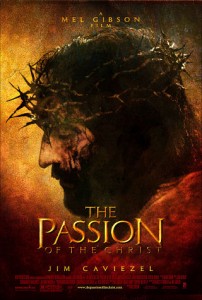 was shown at the downtown State Theatre and was followed by a panel discussion.  I was on the panel.  I remember when it first came out, Lynn and I talked about the movie becoming a Good Friday family tradition.  I have to be honest, after seeing it the second time, I wasn’t sure I would ever watch it again.

It is difficult to watch.  Disturbing.  From a scourging that seems to last an eternity to the beating, spitting and taunting.  Before a nail was driven it was violent, but crucifixion was not a pg-13 reality.

All four Gospels record the passion of Jesus, providing significant detail about the enormous suffering and torture He endured.  Other Christian, Jewish, and Roman sources provide additional insight about scourging and execution on a cross. Those who study the details recognize that Mel Gibson may have been right when in one interview he said, “I did hold back.”

Crucifixion, which probably began with the Persians, was perfected by the Romans as a form of torture designed to produce a slow death with maximal pain and suffering.  It was one of the most humiliating and cruel forms of execution. Roman law protected Roman citizens from crucifixion, except perhaps in the case of the desertion of a soldier.  Cicero wrote, “The mere idea of the cross should never come near the bodies of Roman citizens.  It should never pass through their thoughts, eyes or ears.”

It was not until the 4th century that the cross became a symbol of faith.  As C.S. Lewis points out, “The crucifixion did not become common in art until all who had seen a real one had died off.”  When people complain that the Bible does not go into the same depth of description as Gibson’s movie, they don’t realize that the people in Jesus day didn’t need a description.  If you had seen one you would never forget it.

Watching “The Passion of Christ” restored my vision of the cross.  We have sanitized the cross… made it into a geometric shape that holds diamonds and hangs around our necks.  Crosses are everywhere, we’re surrounded by crosses — silver and sanitized — but to really understand the hope of the Easter season, we need to regain our vision of the cross as it was before Christ.  It was a symbol of hatred, cruelty, and human failure.  For a Christian to wear a cross, should be like a Jew wearing a swastika or a someone from Japan wearing a symbol of a mushroom cloud.  The cross in Jesus’ day was a symbol of sin and hate and death.

It is understandable that many in the world cannot fathom a worshipful obsession with the cross. 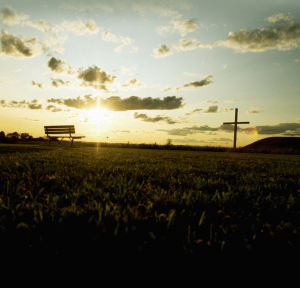 This is grace.  It is the overwhelming generosity and love of God that transforms a tool of horrific hatred into a symbol of awesome love.  This is grace.