All through life we are faced with goodbyes.  The dictionary calls it “an acknowledgement of parting, a parting or farewell, or an act of parting.” 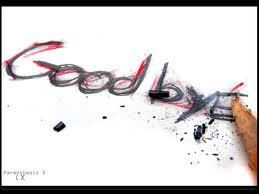 I’ve watched my family say goodbye to extended when we’ve left to go home after a family-visiting vacation.  I’ve watched my kids say goodbye to friends as they left for college.  I’ve said goodbye as we left friends in our first church in Grove City, MN.  The last few weeks have been filled with goodbyes, a number of friends leaving Calvary for next chapters in life, and Jake and Katy heading to college, (Jake for the first time, Katy for the fourth).  Charles Schultz once said, (I think through Charlie Brown)

Why can’t we get all the people together in the world that we really like and then just stay together?  I guess that wouldn’t work.  Someone would leave.  Someone always leaves.  Then we would have to say good-bye.  I hate good-byes.  I know what I need.  I need more hellos.

Then of course there are the goodbyes we say at funerals.  Those are the hardest ones aren’t they?  For some people saying goodbye at a funeral feels like a forever kind of thing.  For others, with the hope of Christ, it’s more of a “I’ll see you later.” kind of thing.  But even that’s kind of goodbye is woven through with an element of grief.  Today many of us from Calvary say goodbye to Sue Trotter.  Sue was a special friend of a number of folks.  I spent less time with her than many, but enough time to feel a bit of the loss of goodbye.  Most of our conversations were held at McDonald’s or one of the local care-homes in which she lived.  They were conversations about God, about fear, about her work and family, about gratitude, and life in general.  Sue will be missed.

On Wednesday we said goodbye to Pastor Paul.  His kids, Ryan, Rob and Ireida put together most of the memorial service and they did a great job.  If goodbyes could ever be good, it was a good one.  The worship was filled with joy.  Rob, Ryan and Ireida’s sharing was filled with laughter, and honor, and deep words of wisdom.  There was a video of Paul’s life and then Paul spoke.  From a previous sermon, he called people to faith in Christ…one more time.  Paul was well honored by the gathering.  Everyone there was well blessed by the gathering.  I have no doubt that there were those who took a step of faith in Christ.  Most importantly this particular goodbye lifted Jesus up so high that everyone could see him.  It was a good goodbye that was filled with “see you laters.”

You may or may not realize this but the word “goodbye” is the contraction of a longer phrase.  It has been in the process of contracting over the course of hundreds of years.  It comes from the phrase “God be with you.”  In other words “goodbye” comes from the words of a prayer, a short blessing.

I like that.  I think we should go back to it.  See you later…until then…God be with you.  That’s what I’m saying to Jake as he goes off to school for the first time.  I don’t need to say it to Sue or Paul.  They are already there.