One of the legends about the start of Valentine’s Day says that under the rule of Emperor Claudius II Rome was involved in many bloody and unpopular campaigns. 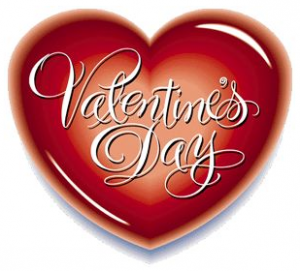 Claudius the Cruel was having a difficult time getting soldiers to join his military leagues. He decided it was because men did not want to leave their loves or families, so he outlawed marriage and cancelled engagements.

Saint Valentine was a priest at Rome who believed so much in the community of marriage that he secretly married couples.  Claudius found out, apprehended Valentine….and had him beaten and beheaded.  He died on February 14, in the year 270.

You know what? Men have been dying on Valentine’s Day ever since!

Interesting though isn’t it?  If the story is true, Valentine died for the dream of community.  Sounds a bit like another man/God we know.

So what are you willing to die?